25-Oct-2021 9:00 AM EDT, by Russian Foundation for Basic Research
favorite_border 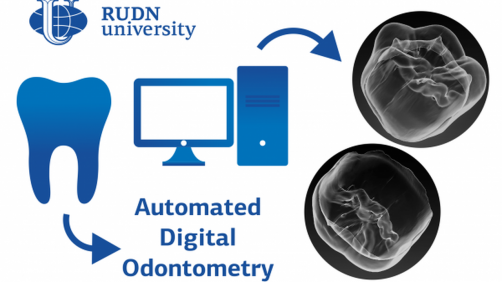 Studies of palaeoanthropological finds related to different historical periods and territories have been conducted for recent years at the Department of Orthopaedic Dentistry of RUDN University. Researchers from RUDN: Samvel Apresyan (MD, Prof.) and Armen Gaboutchian (PhD) together with colleagues from MIPT and MSU have proposed a new technique for dental morphological research. The method is fully automated and works with 3D models of teeth obtained through micro-computed tomographic scanning. This method is used to study teeth from the world renowned archaeological site of Sunghir, however it can be used in regular dental practice as well. The results are published in the Journal of Imaging.

One of the methods widely used by anthropologists in human evolutionary and historical studies is odontometry – measuring teeth. Usually this technique requires application of odontometer, a tool similar to a pair of calipers with sharpened jaws which make measurements with an accuracy of up to one tenth of a millimetre. Researchers from the RUDN University had paid attention to the fact that existing technologies – micro computed tomography, 3D surface modelling and analysis allow to conduct a more detailed dental research. The development of the method was induced by observations and experience of dental practice — dentists always examine teeth studying their morphological traits (cusps and grooves). The proposed method of automated tomographic image processing is based on the suggested morphological interpretations. The presented method has been applied in the current work for analyses of ancient human teeth.

“Study approaches and applications of dental morphological data differ in dentistry and physical anthropology. Thus dentists usually would not focus on detailed studies of morphological varieties to the same extent as expertly trained odontologists. Nevertheless, dentists as well as dental technicians on a daily basis keep an eye on morphology of teeth with regard to their closure and to interaction of opposing dental arches. What are the main approaches to dental morphological research? Apparently, visual examination, non-metric assessments, is number one. This is what we start with when opening a classical textbook on dental morphology. In the traditional technique of measuring teeth, the odontometer remains the main tool, even though it is more suited for general assessments rather than more or less detailed descriptions of dental morphology. Rapidly and accurately obtained data of a wide range and appropriate density are sufficient enough for morphometric studies rather than tooth size assessments which are inherent to conventional techniques”, said Armen Gaboutchian from RUDN University.

The presented method is called automated digital odontometry (ADO). It was proposed by the same team of authors in 2019. ADO fully converts the manual workflow of an odontometric researcher into an automatic digital mode. Today, ADO is used not only in anthropology, but also for the study of paleontological finds. Medics demonstrated a new approach to the study of tooth morphology with ADO on the example of teeth found at the prehistoric settlement of Sunghir in the Vladimir region (Russia). In various works, the dating of findings from this Upper Palaeolithic site is attributed back to 26-30 thousand years, when morphological features of modern human were formed. The upper left second molar of an adolescent from the Sunghirian burial was selected for the study.

The first stage of tooth examination is micro-computed tomographic scanning. The images obtained are then processed automatically for generating 3D reconstruction of teeth. The next step is performed to establish the orientation of the tooth. Researchers from RUDN University have proposed an algorithm for automatic orientation of the tooth. This is an iterative process; Gaussian curvature (degree of surface curvature) is set for each point of the tooth and according to the obtained data the boundaries of the anatomical occlusal surface of the tooth are determined. This morphological structure serves to set the coordinate system. The second stage is the construction of cross sections of the tooth. The final stage is measurements. They are also carried out in automatic mode, but this process is controlled, and the operator can change the settings, adapting them to research purposes. Unlike traditional methods, the new technique allows odontometric measurements to be carried out simultaneously on external (enamel) and internal (dentin) contours.

“An important feature of tomographic imaging is in lifting up the lid covering internal dental structures, which can now be studied and compared to external morphology. Our previous studies include measurements conducted separately on enamel and dentine reconstructions; however, comparisons are a subject of interest, especially taking into consideration differences in changes that occur on external and internal morphological layers of teeth”, said Armen Gaboutchian from RUDN University.