Scientists Team Up on Study to Save Endangered African Penguins 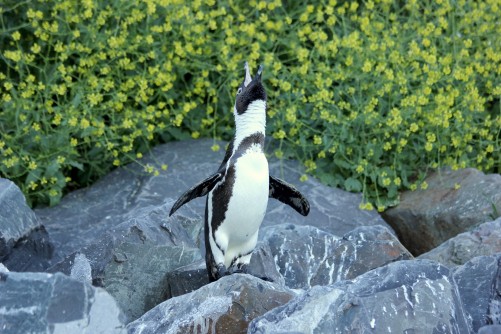 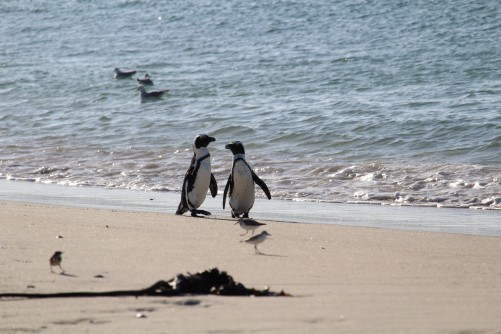 There are less than 25,000 breeding pairs of African Penguins in existence today.

Newswise — With less than 25,000 breeding pairs in existence today, it is an uphill battle for the African Penguin, which calls South Africa home. The 60 percent drop in their population since 2001 has put them on the endangered species list by the International Union for Conservation of Nature. In some South African colonies, the drop in population has been as high as 80 percent. Competition with fisheries, oil spills, climate change, diseases and predators are all contributing factors in their dramatic decline.

To preserve this species and optimize rehabilitation efforts, an epidemiologist from Florida Atlantic University’s Harbor Branch Oceanographic Institute joined forces with scientists from the Southern African Foundation for the Conservation of Coastal Birds (SANCCOB). The facility, located near Cape Town, South Africa, receives more than 900 African Penguins for rehabilitation each year. While the success rate for the overall release of these penguins back into the wild is about 75 percent, limited data exists on the factors that contribute to their successful rehabilitation.

To better understand how to improve the rehabilitation of African Penguins, the researchers conducted a first-of-its-kind study on prognostic health indicators such as body mass, blood analysis, and infectious disease exposure. For the study, they analyzed 3,657 adult African Penguins that were admitted to the SANCCOB facility for rehabilitation between 2002 and 2013.

Results of the study, published in the Journal of Wildlife Diseases, provide invaluable information on the importance of minimizing their rehabilitation time, treating their diseases early in the process, and controlling mosquitos to avoid infection. They found that the biggest risk factors for mortality are things that can be addressed in the first 10 days of their admission. This finding is key because approximately 70 percent of deaths occur during this time. They also identified markers of body mass and hematologic parameters that are important criteria in the initial assessment and treatment of wildlife admitted for rehabilitation.

“Because most of the mortality of these birds occurs within the first 10 days after they are admitted, we wanted to develop more effective strategies to quickly reverse their various symptoms such as severe dehydration, hypothermia or hyperthermia, anemia, and extreme weight and muscle loss,” said Adam M. Schaefer, M.P.H., co-author of the study and an epidemiologist at FAU’s Harbor Branch, who collaborated with Nola J. Parsons, BVSc., Ph.D., corresponding author of the study, SANCCOB, and Ralph E.T. Vanstreels, D.V.M., Ph.D., co-author of the study, Nelson Mandela University. “A poor body condition may be an indication of poor food resources, physical or behavioral problems, or a combination, and is a significant predictor of survival of these seabirds during rehabilitation.”

The researchers calculated the effects of season of admission, reason for admittance, blood parasite infection status, and body mass, hematocrit, and total plasma protein upon admission in determining whether an individual penguin was likely to be released after rehabilitation.

The most frequent reasons for rehabilitation were oiling (71.2 percent), followed by injury (19.6 percent). Injured penguins had lower body mass than healthy wild adult penguins, suggesting that these birds had suboptimal foraging success, which made them more vulnerable. Debilitation accounted for 4.3 percent of the admissions followed by molting problems – an annual process of losing and replacing their feathers – accounting for 3.9 percent of admissions.

Findings from the study show that when compared with an oiled penguin, an injured penguin was 13.1 times more likely to die in rehabilitation. While oil pollution is a historical threat to the conservation of African Penguins, the researchers found that on average, 93 percent of the oiled penguins admitted during the study period were rehabilitated successfully and released back into the wild.

“We suspect that the reason for this high success rate is because oiled penguins were often admitted in good body condition and health status," said Schaefer. “In addition, their condition when they are oiled is physically obvious to conservation officers for collection and rehabilitation.”

The release rate for penguins admitted with injuries varied between 52 and 71 percent depending on the affected body part, revealing that there are still challenges in the medicine of trauma for this species. Duration of stay was longest for the birds that sustained chest injuries compared to tail, flipper or leg injuries, which is related to the time required for feathers to regrow after an injury has healed. Furthermore, penguins admitted to the rehabilitation center while undergoing molt or due to arrested molt, had low release rates and were more likely to die, indicating that artificial induction of molt (through hormonal supplementation or light-cycle manipulation, for example) could benefit the rehabilitation of these birds.

“The key is making sure that these penguins are in the right condition to be released and finding that ‘sweet spot’ where we know that they are healthy enough to be released into the wild and do well,” said Schaefer. “We have an amazing collaboration with Dr. Parsons and Dr. Vanstreels to continue our research on this project to preserve this incredible species, which is threatened with extinction because of natural and human causes.” 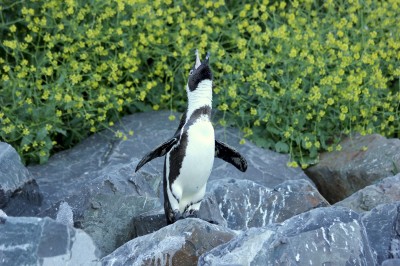 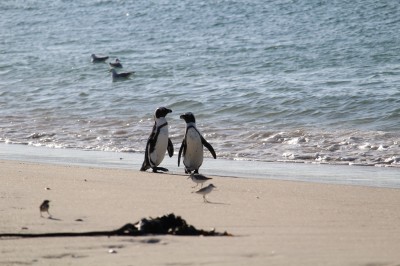 Caption: There are less than 25,000 breeding pairs of African Penguins in existence today.