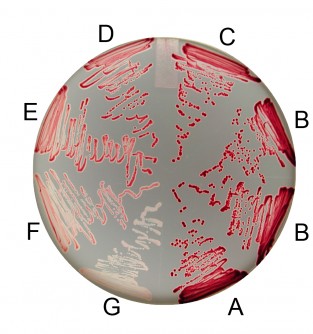 A visual readout of the varied effects of silent mutations in the bacteria, Salmonella enterica. 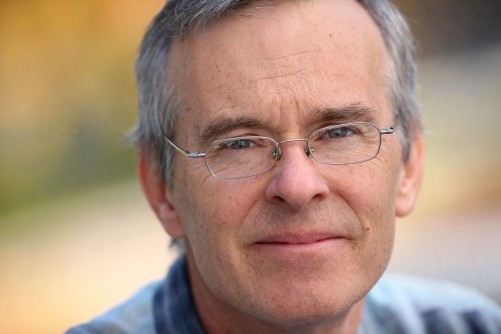 University of Utah Department of Biology 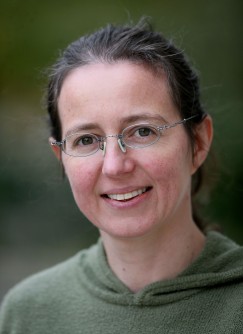 University of Utah Department of Biology

Newswise — June 5, 2014 -- So-called silent DNA mutations earned their title because, according to the fundamental rules of biology, they should be inconsequential. Reported on June 5 in PLOS Genetics online (http://www.plosgenetics.org/doi/pgen.1004392), University of Utah researchers experimentally proved there are frequent exceptions to the rule. The work was conducted in the bacteria, Salmonella enterica, used to study basic biological mechanisms that are often conserved in humans.

“In this post-genomic era, where a patient’s DNA sequence can be used to diagnose predisposition to diseases, silent mutations are usually ignored,” said senior author Kelly T. Hughes, professor of biology at the University of Utah. “Our data argue that they shouldn’t be.”

The definition of a silent mutation rests on a fundamental principle in biology. DNA is transcribed into RNA, and RNA is translated into protein. Using an analogy, DNA are letters, and when grouped into three-letter words, they form a code that specifies which protein will be made. A silent mutation is similar to a “c” to “k” change in “the cat ran” and “the kat ran.” Despite the alternate spelling, the meaning is the same.

Because Hughes had assumed the dogma on silent mutations to be true, he nearly lost the chance to make an important discovery. Twenty years prior, he had dismissed experimental results implicating a silent mutation as the cause of a severe defect in bacteria.

“We thought there was some other mutation somewhere else that we couldn’t find,” remarked Hughes. “We didn’t realize at the time that we were throwing away gold.”

In the years following, evidence started to emerge indicating that silent changes could have serious consequences to bacteria and animals. But the cases were isolated, and it remained to be determined whether they were part of a larger phenomenon.

In light of the new data, Hughes decided to pursue his finding from years ago, but on a broader scale. He developed an assay to test the effects of all possible silent mutations on protein translation in bacteria. The beauty of the system is that it eliminates many of the variables that could be introduced at intermediate steps in the process, meaning any effect on translation should directly link back to the change in DNA.

“I didn’t think it would work,” said research assistant professor and first author Fabienne Chevance. “I didn’t imagine that a single base pair change could have as big of an effect as we saw.”

The assay showed that an unexpected one-third of silent mutations caused protein translation to slow down, in some cases decreasing the speed by as much as five-fold. The scientists surmise that just as the alternate spelling in “the kat ran” might cause a reader to hesitate, certain silent mutations causes the ribosomal machinery that carries out translation to balk.

Silent mutations weren’t the only types of DNA changes to effect translation efficiency. It turns out that for the words in the sentence—called codons—what your neighbors are matters. For example, “the cat ran” could be read faster than “the ran cat.” The phenomenon, dubbed “codon context,” changed the speed of translation by up to 30-fold.

The implications are that similar changes within any protein coding region could alter the amount of protein made, ultimately impacting the fitness of the organism.

The conclusions fit well with observations from population biologists, who found that specific silent mutations and codon contexts are statistically underrepresented in protein coding regions in many organisms, suggesting those codes could be detrimental. The results from Chevance and Hughes explain the biology behind the statistics and represent the first systematic validation of the phenomena in a living organism in real time.

“We’ve been able to experimentally prove what population geneticists have believed for decades,” said Hughes. “Every DNA base can matter.”

The research was funded by NIH PHS grant GM062206.

The paper titled, “The effects of codon context on in vivo translation speed” by Fabienne F.V. Chevance, Soazig Le Guyon, and Kelly T. Hughes will be published online in the journal PLOS Genetics on June 5, 2014 http://www.plosgenetics.org/doi/pgen.1004392

ABOUT THE UNIVERSITY OF UTAH: The University of Utah, located in Salt Lake City in the foothills of the Wasatch Range, is the flagship institution of higher learning in Utah. Founded in 1850, it serves more than 32,000 students from across the United States and the world. With more than 100 major subjects at the undergraduate level and more than 90 major fields of study at the graduate level, including law and medicine, the university prepares students to live and compete in the global workplace. Learn more about all the U has to offer online at http://www.utah.edu. 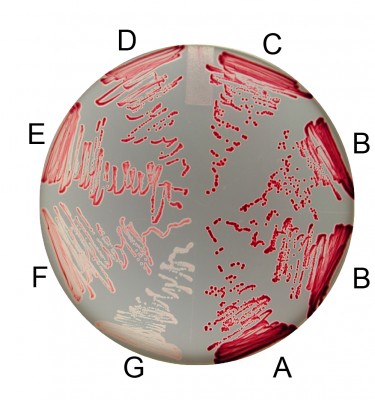 Caption: A visual readout of the varied effects of silent mutations in the bacteria, Salmonella enterica. 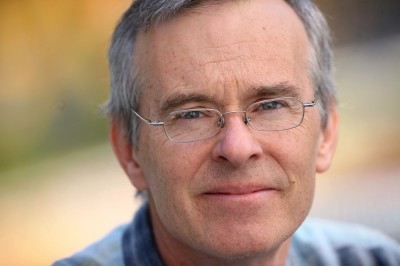 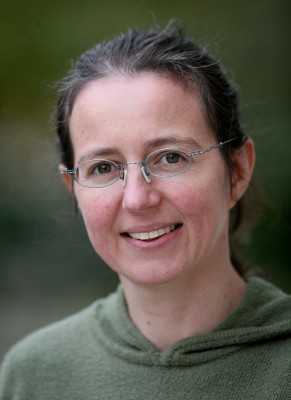