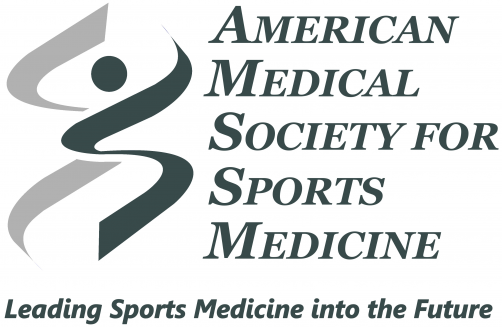 Newswise — AMSSM is pleased to announce the Sports Medicine Licensure Clarity Act was signed into law Friday, Oct. 5, by President Donald Trump. The bill represents a bipartisan solution that protects team physicians, athletic trainers and other sports medicine professionals when they travel across state lines with their teams to treat the athletes under their care.

The passage of this legislation has been a years-long effort, involving thousands of AMSSM members and would not have been possible without their collective advocacy efforts. AMSSM also worked over the past several years with the National Athletic Trainers' Association, the American Academy of Orthopaedic Surgeons, the American Orthopaedic Society for Sports Medicine, the American Physical Therapy Association and other healthcare and sports organizations to gain support for the bill.

AMSSM President Chad Asplund, MD, MPH testified in support of the bill before the Health Subcommittee of the House Energy and Commerce Committee in 2015, and said he was proud for this important legislation to become law.

"The passage of this bill is the culmination of many years of work and is a testament to the collaboration between AMSSM, NATA and AAOS,” Dr. Asplund said. “This bill will provide protection, both legal and malpractice, for those sports medicine physicians that travel with their teams, which will ultimately make participation safer for those athletes that travel as part of their competitions.”

AMSSM First Vice President Chad Carlson, MD was instrumental in the development and passage of the Sports Medicine Licensure Clarity Act. He helped write the bill that was originally introduced to Congress in December 2013. It passed the U.S. House of Representatives in 2015 and again in January 2017. A slightly modified version of the bill advanced through the U.S. Senate HELP Committee in June 2018 and recently passed the U.S. Senate. The Senate version moved back to the House for consideration, before the bill was merged with the larger FAA Reauthorization Act spending bill that was signed into law today.

Previously, in most states, sports medicine professionals who travel outside of the state to provide care for athletes were not covered by their medical malpractice insurance - largely because of jurisdictional issues. By removing legal ambiguity, this bill allows sport medicine providers to engage in the treatment of injured athletes across state lines without taking on unnecessary professional and financial risk.

“This problem required a federal fix in order to overcome the patchwork policies that existed in different states with regards to liability coverage, but reducing licensure ambiguity in the process is a huge bonus,” Dr. Carlson said. “Passing this bill has been a heavy pull, with the work of lots of people representing many organizations coming together to make it happen. I want to give particular credit and thanks to the initial bill sponsors -- Congressmen Guthrie and Richmond, and Senators Thune and Klobuchar, as well as special thanks to former Congressman Tom Latham, who agreed to move this bill initially in 2011, and whose staff helped us draft the original language of the bill.”

AMSSM thanks our advocacy partners, NATA and AAOS and others, for their efforts in helping get this bill passed. We also want to recognize our many members who took the time to reach out their Member of Congress on our behalf. This bill would not have passed without AMSSM's members' support.

To view the full language of the bill, click here.