STD's in America at an All-Time High - Experts Needed 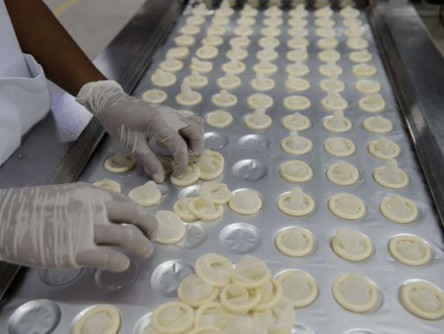 Condoms made with native latex are ready to be packed.

According to a report by the U.S. Centers for Disease Control and Prevention, rates of sexually transmitted diseases like chlamydia, gonorrhea and syphilis climbed considerably in the U.S. in 2014. The center called the increases "alarming." The new data also show that among the more than 3,000 counties in the nation, Los Angeles County had the most cases of all three diseases in 2014.