15-May-2017 9:05 AM EDT, by Perelman School of Medicine at the University of Pennsylvania contact patient services
favorite_border 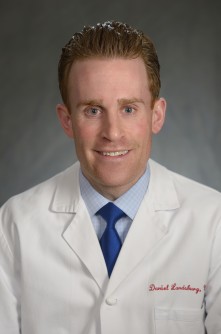 Newswise — PHILADELPHIA – Patients with double hit lymphoma (DHL) who undergo autologous stem-cell transplantation (autoSCT) after achieving remission are not more likely to remain in remission or live longer than patients who do not undergo autoSCT, according to a new analysis from the Perelman School of Medicine and the Abramson Cancer Center of the University of Pennsylvania. The study looked at long term outcomes for patients who achieved remission and, in most cases, found no clear benefit to the transplant, except potentially in patients who received standard front-line chemotherapy, who were less likely to remain in remission than those patients receiving intensive front-line chemotherapy. The findings are published this month in the Journal of Clinical Oncology.

DHL is a form of aggressive B cell non-Hodgkin lymphoma characterized by genetic alterations that drive the lymphoma’s growth. This variant is associated with a poor prognosis as compared to other forms of aggressive B cell lymphomas, as patients with this disease survive only an average of two years after diagnosis. Relapses of this disease are almost always fatal, meaning that keeping patients in remission is crucial.

“A major dilemma for oncologists who treat this disease was whether or not to recommend the potentially harmful therapy of autoSCT to patients with this disease a strategy to help keep them in remission,” said Daniel J. Landsburg, MD, an assistant professor of Hematology Oncology at Penn and the study’s lead author.

Landsburg and his team looked at data on 159 patients from 19 different academic medical centers across the United States. Patients were diagnosed between 2006 and 2015, and all achieved remission following intensive front-line chemotherapy or the standard chemotherapy regimen containing rituximab plus cyclophosphamide, doxorubicin, vincristine, and prednisone (R-CHOP). Of the total patients, 62 underwent an autoSCT, while 97 did not. Landsburg noted that there were no significant differences between the patient groups at baseline.

“Our result is not explained by differences in patients’ overall health or disease features,” Landsburg said. “The transplant and non-transplant arms of this study were very well-matched.”

“Once these patients achieve remission, the data show they are likely to stay in remission,” Landsburg said. “In the absence of a large randomized controlled trial, which  would be very challenging to carry out in this case, this is the best evidence we have, and it shows there’s no clear benefit to these patients undergoing autoSCT.”

Landsburg did point to one exception in the data, and that was in patients who underwent RCHOP, the standard front-line chemotherapy regimen. Just 56 percent of them were still in remission at three years, far lower than patients who received the more intensive front-line therapies.

“Even if patients do go into remission with RCHOP, it appears to be less durable, so in these cases, going forward with autoSCT may still make sense,” Landsburg said.

Landsburg says the next step will be to study features of patients who don’t go into remission in order to understand why their disease is resistant to therapy and if that can be overcome with different treatment strategies. He says it’s also important to try to find more effective therapies for DHL patients who relapse.