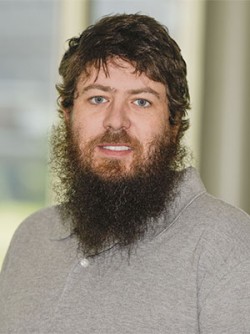 Newswise — BIRMINGHAM, Ala. — In a large-scale analysis, researchers at the University of Alabama at Birmingham, Cyprus University of Technology and University College London reveal fringe communities within Reddit and 4chan push the use of URLs from archive services to avoid censorship and undercut advertising revenue of news sources with contrasting ideologies.

“Web archiving services play an increasingly important role in today’s information ecosystem by preserving online content,” said Jeremy Blackburn, Ph.D., assistant professor of computer science in the UAB College of Arts and Sciences. “News and social media posts have been found to be the most common types of content archived. URLs of archiving services are extensively shared on ‘fringe’ communities within Reddit and 4chan to preserve possibly contentious content.”

Researchers analyzed millions of URLs from archive.is and Wayback Machine shared on four social networks: Reddit, Twitter, Gab and 4chan’s politically incorrect board (/pol/). The results of the study were published last month in a paper at the 12th International Conference on Web and Social Media in Stanford, California.

The social-network-specific analysis shows, among other things, that moderators leverage web archiving services to ensure content shared on their community persists. In particular, they found that 44 percent of URLs from archive.is and 85 percent of URLs from Wayback Machine URLs are shared by Reddit moderation bots. Web archiving services were also found to be used extensively for the archival and dissemination of content related to conspiracy theories and world events related to politics, suggesting these services play an important role in the alternative news ecosystem.

Additional evidence shows moderators from specific subreddits force users to misuse web archiving services so as to ideologically target certain news sources by depriving them of traffic and potential ad revenues. Links from unwanted news websites shared are deleted, and users are prompted to utilize a cached link, screenshot or archive.is.

“For example, we observed that ‘The Donald’ subreddit systematically targets ad revenue of news sources with conflicting ideologies,” Blackburn said. “Moderation bots block URLs from those sites and prompt users to post archived URLs. According to our conservative estimates, a popular news site such as the Washington Post loses approximately $70,000 worth of ad revenue annually due to the use of archiving services on Reddit.”

“These findings highlight the importance of archiving services in the web’s information and ad ecosystems, the need to carefully consider them when studying social media and when designing systems to detect and contain the cascade of misinformation on the web,” Blackburn said.

Blackburn is a co-founder of the International Data-driven Research for Advanced Modeling and Analysis Lab, or iDRAMA Lab, an international group of scientists focusing on modern socio-technical issues with expertise ranging from low-level cryptography to video games.

The paper, “Understanding Web Archiving Services and Their (Mis)Use on Social Media,” can be found here.

About UAB
Known for its innovative and interdisciplinary approach to education at both the graduate and undergraduate levels, the University of Alabama at Birmingham is an internationally renowned research university and academic medical center, as well as Alabama’s largest employer, with some 23,000 employees, and has an annual economic impact exceeding $7 billion on the state. The five pillars of UAB’s mission include education, research, patient care, community service and economic development. UAB is a two-time recipient of the prestigious Center for Translational Science Award. Learn more at www.uab.edu. UAB: Knowledge that will change your world.