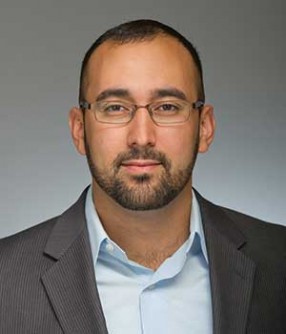 Idris Adjerid is an Assistant Professor of Management 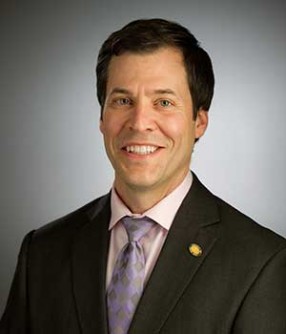 Newswise — Spending on entitlement programs like Medicare and Medicaid consumes some two-thirds of all federal spending, but new research from the University of Notre Dame shows that information technology investments in health care lead to significant spending reductions — potentially in the billions of dollars.

Health Information Exchanges (HIEs), which are typically nonprofit technology companies that make it possible for hospitals and health providers to share medical data, are beginning to show their promised value to the health care system, according to “Reducing Medicare spending through electronic health information exchange: The role of incentives and exchange maturity,” forthcoming in Information Systems Research by Idris Adjerid and Corey Angst, IT professors in Notre Dame’s Mendoza College of Business, and Julia Adler-Milstein of the University of California San Francisco.

Many HIEs were created because hospitals needed better ways to exchange medical data. Photocopying, mailing and faxing records were inefficient. The research shows that when HIEs appear in regional markets, there are massive cost savings. For that very reason, there is long-standing interest in implementing HIEs nationally.

“We are the first to use nationally representative samples and robust approaches to show that HIEs are having a meaningful effect on health care spending,” Adjerid says. “We find significant spending reductions in health care markets that have established operational HIEs, with an average savings of $139 per Medicare beneficiary per year (1.4 percent decrease). This equals a $3.12 billion annual reduction in spending if HIEs were to be implemented nationally in 2015 (the most recent year complete Medicare spending data was available).”

“Not all health care markets see the same amount of reduced spending from HIEs,” he says. “We find that spending reductions are greater in health care markets where providers have financial incentives to use an HIE in ways that reduce spending. We also find that more mature HIEs — those that have been around longer — are more effective at reducing costs.”

The researchers collected annual data from a seven-year period (2003 through 2009) to compare average Medicare spending per beneficiary (adjusted for regional variation in age, race and gender) in health care markets with an operational HIE relative to those without an operational HIE. They analyzed these data using advanced econometric models that accounted for factors such as health care delivery infrastructure, regional hospital quality, health IT adoption, patient demographics and economic factors.

Uncertainty surrounding the value of HIEs has thus far led to lukewarm support for these technologies. By showing that HIEs are, in fact, having a meaningful impact on health care spending, the research should impact the policy and health care debate. “We realize the HIE model is not static — new vendor-driven models are emerging as market dynamics change. What we show is that the ability to electronically exchange medical data can result in savings in the overall health system, which should encourage new models of exchange,” Angst says.

“Our results focusing on the interplay between HIE value and financial incentives in health care are highly relevant to an active debate on how to best design payment models to incentivize high-quality and cost-effective care,” Adjerid says. “This research is also important because it highlights the conditions under which HIEs can have the largest impact. Policymakers and health care entities need to ensure that financial incentives align with the goals of HIEs and give them sufficient time to mature before expecting promised value.”