Study Suggests People Hurt Other People to Signal their own Goodness 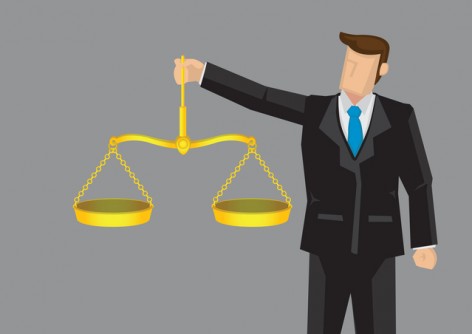 Subjects in an experimental group were paid a monetary bonus to punish others; however, when they were compensated for punishing, it actually made them less likely to do so.

Newswise — Findings from a new University of California San Diego Rady School of Management study reveal people often hurt others because in their mind, it is morally right or even obligatory to be violent and as a result, they do not respond rationally to material benefits.

The study has implications for the criminal justice system, suggesting that fines or jail time to penalize bad behavior may not be an effective deterrent as lawmakers hope.

“For a majority of offenders, it’s not worth the trouble to inflict harm purely from a place of cynical greed,” said psychologist Tage Rai, an assistant professor of management at the Rady School of Management and author of the study. “For example, as we are seeing with the January 6 hearings, many of the perpetrators of the attack on the Capitol believed the election had been stolen from them and that they were morally in the right to punish the congresspeople who had wronged them. Many of these people will be materially punished for their actions. What’s unclear is whether that would stop them from doing it again.”

Rai’s findings, published in the journal Psychological Science, are based on multiple experiments with nearly 1,500 study participants. Subjects in an experimental group were paid a monetary bonus to punish others; however, when they were compensated for punishing, it actually made them less likely to do so.

“Monetary gains may conflict with their perceived moral justifications,” Rai said. “People punish others to signal their own goodness and receiving compensation might make it seem as though they’re driven by greed rather than justice. However, I also find that if your peers tell you you’re still a good person even if you take the money, then you no longer have moral qualms about harming others for profit.”

“When people are aware that they’re being judged negatively by their peers, they may find themselves more likely to question their claims of moral righteousness,” he said.

Much of Rai’s research seeks to understand violent behavior and how to prevent it. His previous studies as well as the book he co-authored Virtuous Violence reveal that most violent criminals have their own notions about what is right and wrong in a given situation.

Knowing that violent offenders often cite their own moral code as the reason why they hurt people, Rai wanted test this theory further by paying people to punish others in a lab experiment.

Across four different experiments in an online economic game, he found providing a monetary bonus for punishing a third party cut participants’ willingness to do so nearly in half.

“The findings suggest people may be more hesitant to do harm when they stand to profit from it if they anticipate condemnation from their peers,” Rai said.

In conclusion, he says understanding what draws people to violence is key to preventing it.

“If governments are trying to disincentive criminals, they should also aim to change the moral narratives criminals use to justify their actions,” Rai said.

Rai’s study “Material Benefits Crowd Out Moralistic Punishment” can be found on this link.