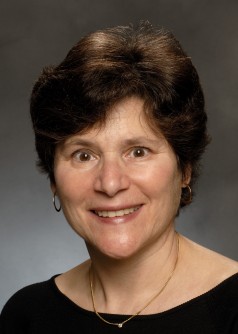 Newswise — RESEARCH TRIANGLE PARK, N.C. – Implanting tubes in the ears of children who have persistent or recurrent episodes of otitis media with effusion (OME) improves hearing over a short period (up to 9 months post surgery), but this procedure is less likely to improve hearing, speech, language, or other functional outcomes over periods longer than that, according to results of a systematic review by the RTI-University of North Carolina Evidence-based Practice Center.

OME is a collection of fluid in the middle ear without signs or symptoms of acute ear infection. The fluid decreases middle ear function, leading to hearing loss and occasional pain from the pressure changes. As many as 90 percent of children have at least one episode of OME by age 10, and OME is a primary reason for children to undergo surgery.

In the United States, tubes with myringotomy (a procedure in which a tiny incision is created in the eardrum to relieve pressure caused by excessive buildup of fluid) and adenoidectomy (removal of the adenoids) are two common surgical treatments for OME.

The systematic review, published online in Pediatrics, reviewed 41 studies and found that compared with watchful waiting or myringotomy, implanting tubes decreased middle ear effusion and improved hearing in the short-term. Limited evidence suggested that tube placement increased the rate of discharge from the ear or calcification of tissues in the ear compared with no ear surgery or myringotomy.

Adenoidectomy also reduced time with ear infections and improved hearing up to two years compared with no treatment or as an adjunct to myringotomy; rarely, it increased the risk of postsurgical hemorrhage.

“Our research showed that tubes and adenoidectomy seem to be effective in the short term, although they carry some risks,” said Ina Wallace, Ph.D., senior research psychologist at RTI International and the study’s lead author. “We found evidence that tubes may not make a difference in hearing and functional outcomes over 1 or 2 years or longer, but less is known about the long-term outcomes for adenoidectomy. With the large number of tube insertions and adenoidectomies done on children each year, more research needs to be done to assist clinicians and parents in understanding the level of improvement in quality of life and other patient-centered outcomes that these common procedures offer, especially for periods longer than 24 months.”

The report sought to clarify the benefits or harms of interventions for OME among adults but found no suitable evidence. RTI-UNC Evidence-based Practice Center is a collaboration between RTI and the five health professions schools and the Cecil G. Sheps Center for Health Services Research at UNC. It is funded by the Agency for Healthcare Research & Quality.