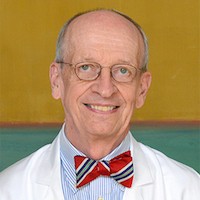 Newswise — DALLAS – April 5, 2016 – More patients hospitalized with acute liver failure – often the result of acetaminophen overdose – are surviving, including those who receive a liver transplant and those who don’t, an analysis led by a UT Southwestern Medical Center researcher showed.

“These trends show that if you manage this disease carefully, which sometimes means less rather than more intervention, you see better outcomes,” said hepatologist Dr. William Lee, Professor of Internal Medicine at UT Southwestern. “ALF is a rare condition – only 2,000 cases occur a year – but the disease is noteworthy because it typically happens in young people and treatment requires a large amount of resources.”

Acute liver failure involves sudden injury to the liver – most frequently from overdose of acetaminophen – that requires rapid hospitalization with an individual appearing healthy one day and requiring intensive care the next. ALF results in brain dysfunction (hepatic encephalopathy) and clotting issues (coagulopathy), and ALF patients are given the most urgent ranking status for liver transplantation because of their rapidly deteriorating condition.

Researchers compared about 1,000 patients in each group and found that the causes of acute liver failure, the severity of the disease, and its characteristics remained relatively stable between the two time frames. In both patient sets, acetaminophen overdose was the most common cause of ALF, accounting for nearly half of all cases. Accidental overdose – patients taking products containing acetaminophen for pain or fever over a period of time – was more common than intentional overdose during both time frames. Other causes of ALF include pregnancy-associated liver injury, infection with hepatitis A or B viruses, Budd-Chiari syndrome, and Wilson disease.

Age, sex, and race characteristics of ALF patients also remained similar between the two time periods, researchers found, with women and Caucasians most affected and the mean age around 40.

The study, which appears in the journal Annals of Internal Medicine, collected data on acute liver failure patients at 31 academic liver transplant centers across the U.S. Researchers identified several differences between the two groups over the 16-year time span.

Hepatitis A was responsible for significantly fewer cases in the 2006-2013 time frame, most likely because of increased vaccination for hepatitis A, said Dr. Lee, who holds the Meredith Mosle Chair in Liver Disease in his honor.

There was more use of N-acetylcysteine, which is prescribed to treat acetaminophen overdose, for patients between 2006 and 2013, including many patients whose condition was not caused by acetaminophen. There was less use of ventilator support, vasopressors, and plasma and red blood cell transfusions for patients in this time frame as well.

“There was less use of blood products in the latter group, which may be for the best, as there can be complications from blood products,” said Dr. Lee “The deleterious effects of unnecessary blood transfusion in intensive care and the futility of routine use of plasma administration in ALF have become better appreciated with time.”

The study was supported by funding from the National Institute of Diabetes and Digestive and Kidney Diseases (NIDDK) of the National Institutes of Health (NIH), and conducted by the Acute Liver Failure Study Group (ALFSG), which was founded at UT Southwestern in 1997 and currently includes a consortium of investigators and clinical centers from 13 tertiary-care liver transplant centers.

Dr. Lee, a world-renowned liver expert, has served as site investigator for four NIDDK-sponsored Networks: the HALT-C Trial, the Drug-Induced Liver Injury Network, the Hepatitis B Research Network, and the Acute Liver Failure Study Group. In 2014, Dr. Lee received the 2014 Distinguished Clinician Educator/Mentor Award from the American Association for the Study of Liver Diseases (AASLD), given annually to “outstanding clinicians and educators who have made momentous contributions” to the field. About UT Southwestern Medical CenterUT Southwestern, one of the premier academic medical centers in the nation, integrates pioneering biomedical research with exceptional clinical care and education. The institution’s faculty includes many distinguished members, including six who have been awarded Nobel Prizes since 1985. The faculty of almost 2,800 is responsible for groundbreaking medical advances and is committed to translating science-driven research quickly to new clinical treatments. UT Southwestern physicians provide medical care in about 80 specialties to more than 100,000 hospitalized patients and oversee approximately 2.2 million outpatient visits a year.