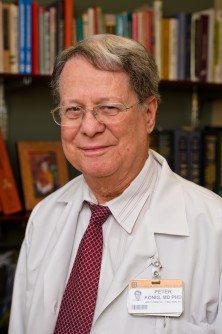 Newswise — Nearly 7 million children in the United States have been diagnosed with asthma and thousands more are living undiagnosed, struggling to breathe each day. Now, researchers at the University of Missouri School of Medicine have found that a commonly used pulmonary lung function test can provide early detection of asthma before a child shows any symptoms of breathing problems. This early diagnosis could reduce the number of people who have serious complications of the disease later in life.

Asthma affects the airways that carry air to and from a person’s lungs. When a person with asthma is exposed to irritants in the air, the airways narrow and restrict the amount of air that is allowed to pass through. When a patient inhales, the air starts in the trachea and moves into two large bronchi — the large airway. It gradually moves down into smaller bronchi — the smaller airway. Experts say that both the large and small airways need to be clear for a person to breathe properly.

“This could mean a big difference in catching the disease before serious health problems start,” said Peter Konig, M.D., professor emeritus of child health at the MU School of Medicine and pediatric pulmonary disease specialist. “When the disease is still in the small airways, it tends to not show symptoms. By the time the disease gets to the large airways, patients typically cough, wheeze and experience shortness of breath.”

Data from a study of more than 2,300 spirometry tests showed asthma was detected much earlier by the analyzing airflow obstruction in the small airway, yet, doctors typically have used only the airflow obstruction results in the large airway. The MU research team also found most asthma cases begin in the small airway before moving up to the larger airway.

“All of the information we need to diagnose asthma is there; it is just a matter of not ignoring some of these numbers, even if the patient isn’t showing symptoms,” Konig said. “If you look at the small airway test, you can detect asthma before it worsens, and that means treatment starts earlier and results from the treatment are better.”

More than 3,500 people die each year from complications due to asthma, but asthma is a manageable disease. An earlier diagnosis can cut down on the length of time it takes to control the disease, reducing the number of people who have serious health complications.

Researchers also are using this information in further studies to determine if the earlier detection is beneficial for patients with cystic fibrosis. Cystic fibrosis and asthma are both diseases that cause airway obstruction, and both diseases tend to start in the lower, smaller bronchi.

The study, “Sensitivity of Different Spirometric Tests for Detecting Airway Obstruction in Childhood Asthma,” was published in the Journal of Asthma in May.