The Health Warning Some Smokers Aren’t Hearing From Their Doctors 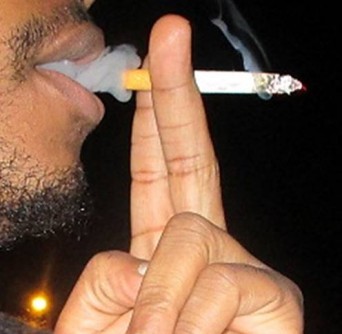 The Ohio State University Center for Clinical and Translational Science

Exposure to smoke from just one cigarette impacts blood flow to chronic wounds - but a new study shows the habit's impact on healing is rarely discussed with chronic wound patients.

Newswise — Columbus, OH. While smokers are likely to hear dozens of reasons why they should quit - ranging from wrinkles to cancer – a new study is showing that there is a major health issue that healthcare providers may not be discussing: chronic wounds.

Yet, according to a recently published study from Jodi McDaniel, PhD, CNP and Kristine Browning, PhD, CNP, researchers from The Ohio State University College of Nursing, the correlation between smoking and wound problems are rarely discussed during the often frequent doctor visits that chronic wound patients have.

“Despite the evidence that cigarette smoking negatively impacts wound healing on multiple levels, it’s just not something that is typically mentioned in a patient visit ,” said McDaniel. “While evidence based guidelines for both chronic wound care and smoking cessation exist, they aren’t being implemented together. We think this could be having profound effects on clinical outcomes, and ultimately, patient’s quality of life.”

Just One CigaretteWhile chronic wounds vary in type, they share common characteristics of inflammation and reduced blood flow that make them particularly susceptible to the approximately 4,000 toxic chemicals found in cigarette smoke.

“The deep skin wrinkling associated with chronic smoking is caused by chemicals that impact the production of collagen, a protein that is also critical to the wound repair process,” says McDaniel. “Chemicals like carbon monoxide also reduce blood flow to the wound and prevent skin’s natural anti-inflammatory and anti-bacterial mechanisms – so it’s a perfect chemical storm which makes wounds more likely to get infected, and less likely to heal.”

One of the study authors, McDaniel, who received pilot funding from The Ohio State University Center for Clinical and Translational Science to conduct the research, says that it takes just one cigarette to reduce blood and oxygen flow to tissues; and that a pack a day habit results in significant and prolonged oxygen deprivation to tissues.

The nurse scientists point out that these data alone – coupled with the vast financial, social and clinical impact of chronic wounds, should make smoking cessation a priority topic during clinical visits.

“There are people with non-healing wounds living with chronic pain or needing amputations,” said Browning. “It’s stunning that more attention hasn’t been paid to this issue.”

While nicotine is one of the chemicals in cigarettes that has been connected with reduced blood flow, McDaniel is quick to point out that studies looking at the use of nicotine replacement drugs, used by millions to help kick the habit, don’t appear to have the same impact on tissue as when the chemical is inhaled through smoke.

“It’s possible that nicotine’s vasoconstrictive properties are amplified when it’s paired with substances in cigarette smoke like carbon monoxide and cyanide,” said McDaniel. “So we still think that nicotine replacement drug therapy has a vital role in cessation treatment.”

Missed opportunities, simple solutions Quitting smoking is no easy feat. Many smokers try to quit each year, but only about one-third are successful. Existing evidence suggests that smokers are more successful with abstinence when presented with repeated personalized messages urging them to quit along with assistance in their attempts to quit smoking.

Because clinicians have regular access to their patients, they have multiple opportunities to deliver a consistent and personal message about quitting to a chronic wound sufferer – but it’s a message that isn’t typically part of the conversation.

“I think clinicians and patients have a very short amount of time—maybe 15 minutes or less in some cases. They are more focused on what they can do in the moment,” said McDaniel. “But all clinicians who interact with the patient could be helping them quit. From the medical assistant to the MD, everyone around the patient could be asking questions about smoking status.”

McDaniel and Browning say that wound care physicians may be unsure when or how to bring up smoking cessation, something that could easily be fixed.

“All it would take is for the smoking cessation guidelines to be added to the appendix of existing evidence based guidelines for wound care, and healthcare providers would have a foundation for how, when and what to say,” noted Browning.

Research inspired through practiceMcDaniel and Browning were drawn to conducting the study for a similar reason – examining the use of evidence based guidelines in clinical practice – however, their different backgrounds provided the focus for the study.

“Seeing chronic venous ulcer patients continuing to suffer, despite the use of evidence-based guidelines inspired me to conduct this study,” said McDaniel.

Browning says that she was motivated to join McDaniel because of her background in implementing smoking cessation evidence-based guidelines with populations that have had a hard time quitting.

McDaniel and Browning say the CCTS grant was vital to collecting a second phase of data from patients that gave them insights into just how prevalent smoking is among the chronic wound population. They are hopeful their study will highlight the issue, and help jumpstart the conversation about smoking and wound healing.

“Healthcare professionals have the tools, patients are in the office all the time—opportunities just sitting there—but more could be done to take advantage of them.” said McDaniel. “We see these chronic wound patients are suffering, and we hope that our article? Clinicians can help start a dialogue that will emphasize the importance of tobacco cessation and potentially improve healing outcomes.”

The study was also funded by a grant from the National Institute of Nursing Research.