The Rise and Threat of Antibiotic-Resistant Bacteria, and the Research Into Fighting Them 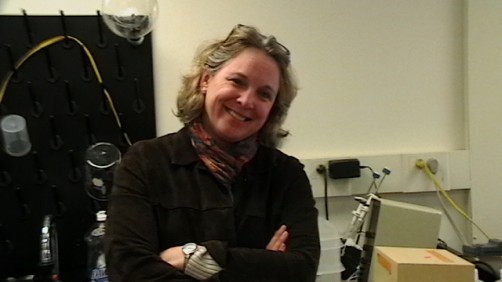 Topic: The rise (and threat) of antibiotic-resistant bacteria, and the work being done to fight them

Expert: Margaret (Peg) Riley, professor of biology at the University of Massachusetts Amherst, president of the Massachusetts Academy of Sciences, co-director for the Institute for Drug Resistance and co-founder of Bacteriotix LLC

Available: Via phone and email, or by fiber for television interviews from UMass Amherst’s on-campus VideoLink studio

A new report published by the World Health Organization states that bacteria resistant to antibiotics have spread to every part of the world, and without urgent action “the world is headed for a post-antibiotic era in which common infections and minor injuries which have been treatable for decades can once again kill.”

Margaret (Peg) Riley, professor of biology at the University of Massachusetts Amherst and co-director for the Institute for Drug Resistance, is available to discuss the findings of the WHO’s report and the research being done to prevent resistant bacteria from causing a health catastrophe.

- The differences between gram-positive bacteria such as MRSA and staph, and gram-negative bacteria like E. coli and salmonella, and the antibiotics used to fight each

- How recent discoveries in bacteriocins, proteins that target specific causative agents of infection, are assisting in the development of more effective treatments for urinary tract infections, burn wounds and even cystic fibrosis, without broad-spectrum antibiotic use

To schedule a time to speak with Peg Riley about the WHO report or any other issue regarding antibiotic-resistant bacteria, please contact: Jared SharpeNews and Media RelationsUniversity of Massachusetts AmherstPhone: 413-545-3809Email: jsharpe[at]admin.umass.eduwww.umass.edu/newsoffice ---------------------------------- MARGARET (PEG) RILEY Dr. Margaret (Peg) Riley, Ph.D., is a professor in the department of biology at the University of Massachusetts Amherst. She received her Ph.D. at Harvard University in 1991 and joined the faculty at Yale University, where she was granted tenure and remained for 15 years while developing an internationally renowned research program in antimicrobial drug discovery. She has published over 100 articles and edited four books in her research area. Her early studies in microbial ecology and the evolution of antibiotic resistance suggested an alternative to the current paradigm of antibiotic drug discovery, one that recognizes the power of targeted approaches to therapeutic intervention, which result in lower levels of antibiotic resistance and reduced collateral damage to the healthy human microbiome. In 2009 Dr. Riley co-founded a biopharmaceutical company, Bacteriotix, whose mission is to provide proof of concept for this new drug development paradigm, with a focus on therapeutic interventions for catheter acquired urinary tract infections. In 2009, she co-founded the Institute for Drug Resistance, whose mission is to facilitate novel, multidisciplinary approaches to addressing the challenge of drug resistance and created a new Gordon Research Conference on Drug Resistance. In 2008 Dr. Riley created the Massachusetts Academy of Sciences, a non-profit organization whose mission is to increase levels of civic science literacy. She currently serves as its President and oversees science outreach and education reform efforts aimed at engaging middle and high school students in independent research experiences and providing their teachers with professional development opportunities in inquiry-based teaching methods. She is a fellow of the American Academy of Microbiology and recently joined the Board on Life Sciences of the National Academy of Sciences.