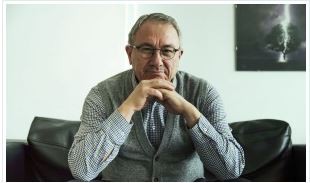 "Among the many contributions of Stephen Hawking made to physics and cosmology we should consider his seminal contributions to the elucidation of black hole mechanics, and also to the quantum origin of the seeds that led to the large scale structures of the universe that we observe today.  Both predictions begin to have sound experimental verification.  The black hole laws, thanks to the discovery of gravitational waves coming from black hole mergers.  The cosmological predictions by analyzing the cosmic microwavebackground radiation performed by the WMAP and PLANCK satellite collaborations.  Both are deserving of a Nobel prize, and it is a pity he did not go to Stockholm to get his medal. One can imagine Steven, with great sense of humor saying:  "That's right, but on the other hand, how many living Nobel laureates have ever been characters in the Simpsons and in Star Trek?"  Hawking will leave forever, but we will miss Stephen."