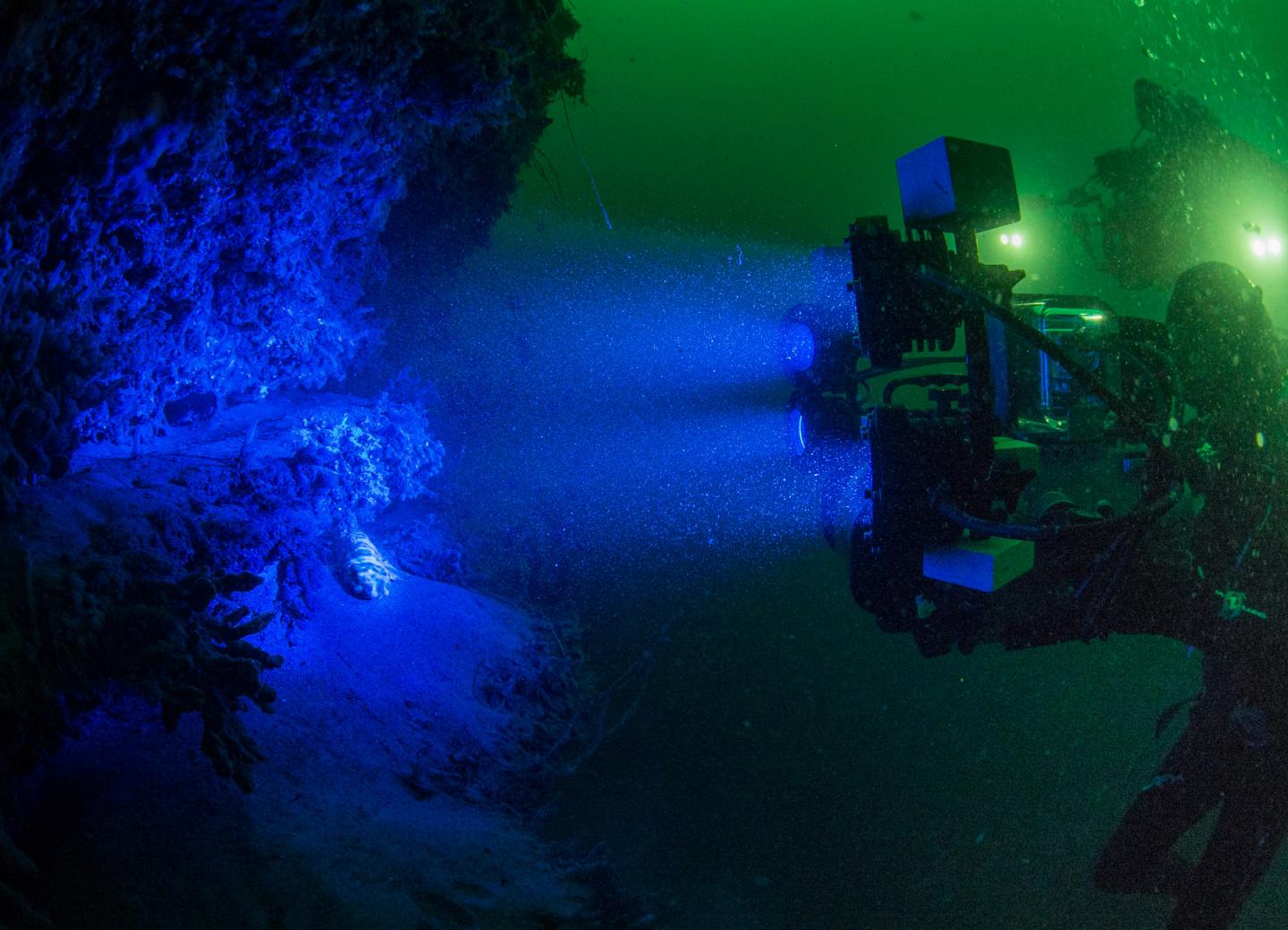 Newswise — In the depths of the sea, certain shark species transform the ocean's blue light into a bright green color that only other sharks can see--but how they biofluoresce has previously been unclear. In a study publishing August 8 in the journal iScience, researchers have identified what's responsible for the sharks' bright green hue: a previously unknown family of small-molecule metabolites. Not only is this mechanism of biofluorescence different from how most marine creatures glow, but it may also play other useful roles for the sharks, including helping them identify each other in the ocean and fight against microbial infections.

"Studying biofluorescence in the ocean is like a constantly evolving mystery novel, with new clues being provided as we move the research forward," says David Gruber, a professor at The City University of New York and co-corresponding author of the study. "After we first reported that swell sharks were biofluorescent, my collaborators and I decided to dive deeper into this topic. We wanted to learn more about what their biofluorescence might mean to them."

Gruber, working with Jason Crawford, co a professor at Yale University and the study's co-corresponding author, focused on two species of sharks--the swell shark and the chain catshark. They noticed that the sharks' skin had two tones--light and dark--and extracted chemicals from the two skin types. What they found was a type of fluorescent molecule that was only present in the light skin.

"The exciting part of this study is the description of an entirely new form of marine biofluorescence from sharks--one that is based on brominated tryptophan-kynurenine small-molecule metabolites," Gruber says.

These types of small-molecule metabolites are known to be fluorescent and activate pathways similar to those that, in other vertebrates, play a role in the central nervous system and immune system. But in the sharks, the novel small-molecule fluorescent variants account for the biophysical and spectral properties of their lighter skin. This mechanism is different from animals in the upper ocean, such as jellyfish, that commonly use green fluorescent proteins as mechanisms to transform blue light into other colors, Gruber says.

"It's a completely different system for them to see each other that other animals cannot necessarily tap into. They have a completely different view of the world that they're in because of these biofluorescent properties that their skin exhibits and that their eyes can detect," Crawford says. "Imagine if I were bright green, but only you could see me as being bright green, but others could not."

The molecules also serve multiple other purposes, including to help the sharks identify each other in the ocean and potentially provide protection against microbial infections, Crawford says.

"It is also interesting that these biofluorescent molecules display antimicrobial properties. These catsharks live on the ocean bottom, yet we don't see any biofouling or growth, so this could help explain yet another amazing feature of shark skin," Gruber says. "This study opens new questions related to potential function of biofluorescence in central nervous system signaling, resilience to microbial infections, and photoprotection."

While the study focused on two shark species, Gruber and Crawford hope to more broadly explore the luminescent properties of marine animals, which can ultimately lead to the development of new imaging techniques.

"If you can harness the abilities that marine animals have to make light, you can generate molecular systems for imaging in the lab or in medicine. Imaging is an incredibly important biomedical objective that these types of systems could help to propel into the future," Crawford says.

"Sharks are wonderful animals that have been around for over 400 million years. Sharks continually fascinate humans, and they hold so many mysteries and superpowers," Gruber says. "This study highlights yet another mystery of sharks, and it is my hope that this inspires us to learn more about their secrets and work to better protect them."

This work was supported by grants from the Camille & Henry Dreyfus, Yale University, the National Geographic Society and the US National Science Foundation.

iScience (@iScience_CP) is an open-access journal /from Cell Press that provides a platform for original research and interdisciplinary thinking in the life, physical, and earth sciences. The primary criterion for publication in iScience is a significant contribution to a relevant field combined with robust results and underlying methodology. Visit: http://www.cell.com/iscience. To receive Cell Press media alerts, contact [email protected].