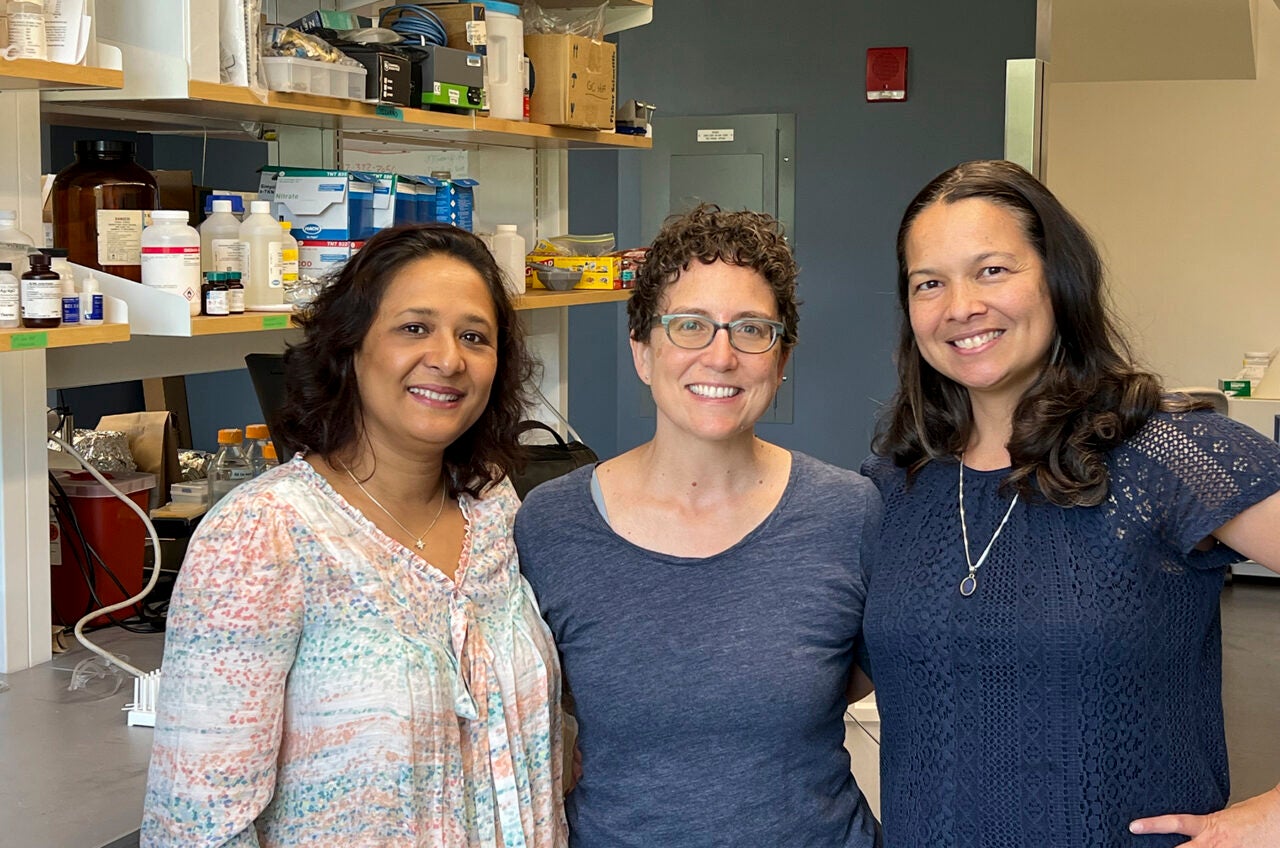 Newswise — KINGSTON, R.I. – Aug. 10, 2022 – Over the next three years, three University of Rhode Island researchers are hoping to broaden the scientific understanding of methane emission dynamics in ultramafic rock systems – work that one day may help answer the mystery of the existence of past or present microbial life on Mars.

Dawn Cardace and Soni Pradhanang, associate professors of geosciences, and Serena Moseman-Valtierra, an associate professor of biological sciences, have been awarded a $735,000 grant by the NASA Established Program to Stimulate Competitive Research to study methane gas emissions at a site in northern California that has a rock system comparable to known sites on Mars.

Since about 1999, trace amounts of methane have been found on the Red Planet, exciting scientists around the world because methane, which can be created by various processes including by living organisms, is a potential biosignature.

“This is very timely work given current Mars 2020 Perseverance rover activity and multiple international science missions related to Mars; everybody’s really interested in the methane emissions on Mars and other planetary bodies,” said Cardace, the science lead for the NASA-EPSCoR grant. “We have a lot of company in terms of research interest in this area.”

“One of the most exciting parts of this is that we are three women leading this project,” said Pradhanang. “We are complementing each other with our strengths in different fields. We’re going to learn a lot from each other.”

“We are also all at mid-career, which is a very challenging stage where you have to both sustain and expand your research,” said Moseman-Valtierra. “This also coincides with the COVID-19 pandemic and its many unusual challenges. It’s really a saving grace to take this on together in a collaborative way, rather than the usual competitive environment that we experience in our fields.”

On Mars, methane could be evidence of life if the gas is created by bacterial activity. A non-biological alternative is serpentinization – the reaction of iron and magnesium-rich rocks with water, forming serpentine group secondary minerals and generating hydrogen and hydrocarbon gases, such as methane.

“Subsurface microbial communities can be supported for long geological periods in this way,” Cardace said. “So, stable, durable detections of methane could indicate active biological activity in the subsurface of Mars or could flag fossil or current habitable environments. No wonder it is of wide interest.”

In their research, Cardace, Pradhanang and Moseman-Valtierra will measure methane emissions at a serpentine-rich landscape in California, within the boundaries of the University of California-Davis McLaughlin Natural Reserve, conducting work during cold and warm seasons to observe seasonal variations. The work will create a data set that could be crucial to scientists determining the origins of methane on Mars, but also of great interest to researchers investigating numerous Earth-bound fields.

“The planned research certainly breaks new ground by fostering new collaboration across programs in URI’s College of the Environment and Life Sciences, but it also adds to the broader scientific understanding of serpentinization in planetary environments,” said Cardace. “Together, access to a well-described field site and application of the best field equipment available in methane flux measurements will set the stage for better evaluation of remotely detected methane dynamics in the atmospheres of Mars and other silicate planetary bodies.”

Pradhanang, a hydrologist and expert in surface and groundwater flow and transport modeling in researching water quality, said the project potentially will add to knowledge of groundwater flow and the transport of methane and general greenhouse gas fluxes, along with climate-change mitigation strategies such as the ability to sequester carbon.

Moseman-Valtierra, a biologist and ecologist whose research interests include studying human impacts on carbon and nitrogen cycling in coastal wetlands, sees the team’s research being of great interest to a range of biologists, from those measuring carbon cycling to astrobiologists interested in the signatures of life.

“What I’m looking forward to is that this is an entirely new environment and new application for me,” said Moseman-Valtierra, who will develop techniques to measure methane emissions using a cutting-edge piece of research equipment funded by the grant – a LI-COR Biosciences trace gas analyzer that can be easily carried in a backpack. “I’ve been focused previously on human impacts on greenhouse gases and climate change but this is an opportunity to learn more fundamentally about origins of life and what signs of life we can detect in the methane measurements.”

Below the planet’s crust, Earth’s mantle is believed to remarkably resemble that of Mars, Mercury and Venus because all three planets formed near the Sun in our solar system, Cardace said. To find a landscape on Earth that is analogous to Mars, the three researchers will make at least four trips to the NASA Astrobiology Institute’s Coast Range Ophiolite Microbial Observatory to collect methane data in the last two years of the project.

Cardace, a former postdoctoral fellow at the NASA Ames Research Center, has extensive knowledge of the Lower Lake, California, research site, drilling wells into serpentinization-impacted areas to establish a subsurface “observatory” that will provide a starting point for the URI team’s methane measurements.

The rock system the researchers will study – an iron and magnesium-rich group common to Earth and Mars that is degassing methane and hydrogen – is very different from what they would find almost anywhere else, she said.

“The rocks we are studying are slices of the mantle,” said Cardace, an expert in Mars analog environments. “They’re full of iron and magnesium and other metals and really reactive. They’re rare to find at Earth’s surface. You have to go to places where continents have collided in the past and slivered up a piece of the mantle and left it lodged near the surface.”

“If you strip away some of the golden grasses at the surface at this site, it’s so like the surface of Mars in the regions that we know,” she added. “I bring to this project a sense of the landscape and how it is tied to our next planetary neighbor out from the Sun – but also I’ve been working for over a decade trying to understand how the internal components of the rock itself transform with water to make methane and a whole host of different carbon compounds.”

“This project has immediate applicability for ongoing field projects across Rhode Island,” Moseman-Valtierra said. “Our new tools and collaboration could improve a lot of ongoing science and also rebuild relationships that have lapsed because of COVID.”

The project will also fund two graduate students, who are currently being recruited, while sparking a new course this fall in biogeochemical cycles in which students will learn about gas flux measurements and an outreach program with K-12 teachers in Providence.