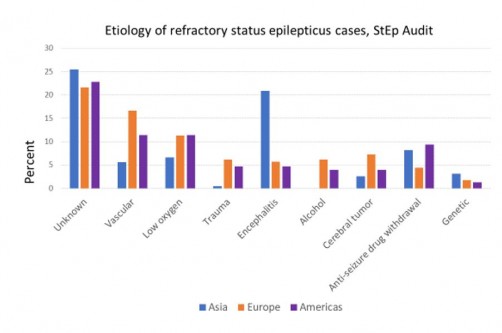 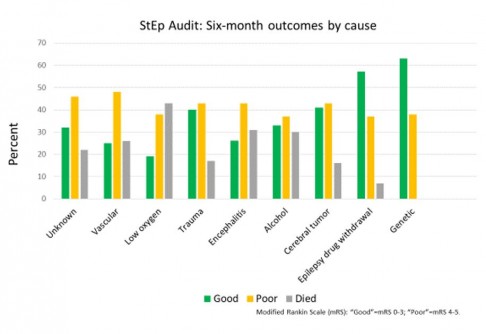 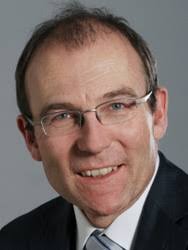 Newswise — When an adult has a seizure or seizures lasting more than a defined time period, they are said to be in status epilepticus, or SE. With an estimated incidence of 15 to 20 cases per 100,000 people, SE is considered the most common neurological emergency around the world, often requiring intensive care. On average, 20% of cases are fatal; a recent review article reported long-term mortality rates as high as 22% in children and 57% in adults.

In 2015, an International League Against Epilepsy (ILAE) task force defined the time periods for SE as:

Most people with SE have no history of epilepsy, but the risk for epilepsy after SE ranges from 22% to about 40% in studies of mixed populations of adults and children.

The causes of SE vary; they include stroke, infections, trauma and metabolic disorders. In children, fevers also are a causal factor.

The commonly proposed algorithm for treatment includes first-line intravenous (IV) benzodiazepines, followed by IV anti-epileptic drugs (AEDs) if needed. About 65% of patients will respond to this regimen, said Stephan Rüegg, from the Department of Neurology, University Hospital Basel, Switzerland. Rüegg spoke about new treatments for SE at the 13th European Congress on Epileptology, held August 26-30 in Vienna, Austria.

The sooner treatment is initiated, the better the chances of success, and the lower the risk for adverse consequences, said Rüegg.

After 30 minutes (for generalized seizures) or 60 minutes (for focal seizures), if seizures continue despite the use of two AEDs, patients are considered to have refractory SE. At this point, mortality rates as high as 38% have been reported. Current protocols suggest treatment with a continuous infusion of IV anesthetics, but due to the condition’s rarity and emergent nature, limited evidence exists to guide and improve its management.

The StEp Audit collected information from 776 cases of refractory SE in 50 countries. Monica Ferlisi, University Hospital of Verona, Italy, reviewed the most recent audit results at the Vienna meeting.

About three-fourths of cases were submitted from high-income countries, with the balance coming from middle-income countries. Cases were 55% male with an average age of 40, and 62% had no history of epilepsy. In most cases, the cause was not known.

Treatment was delayed compared with current guidelines, but 74% of cases were successfully treated.

Treatment options in the pipeline

Only a handful of drugs are approved for use in SE, nearly all of them sedatives. At the Vienna meeting, Rüegg reviewed several potentially promising medications:

New uses of existing drugs also may improve SE treatment, Rüegg said. Ketamine is a noncompetitive NMDA receptor antagonist often reserved for cases in which SE continues beyond 24 hours despite treatment, a condition termed super-refractory SE. In 26 studies involving 303 super-refractory patients, ketamine treatment worked in 74%. Rüegg noted that ketamine is rarely used as a second- or third-line treatment, though research suggests that that administering ketamine and midazolam early in SE could be effective.

For resistant status epilepticus, there is no consensus on the best approach. Because of the importance of rapid control, more aggressive early interventions might be considered, including moving from the current practice of trying medications one at a time to the simultaneous administration of multiple drugs. Animal models suggest that simultaneous administration of AEDs may be more effective than sequential administration, though clinical data are lacking. “There are some new medications on the horizon that could confer substantial benefit, and it’s a question whether we should make very early combinations of different drugs,” Rüegg said.

Drugs approved for other indications could have utility for SE treatment, such as dexmedetomidine, amantadine, probenecid, mefloquine, pentoxifylline, SSRIs, vitamin D and verapamil. For example, a recent study found that dexmedetomidine plus midazolam stopped SE and reduced neuronal death in the amygdala, thalamus, and piriform cortex in a rodent model.