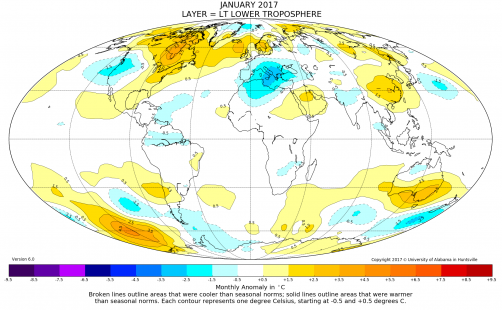 Temperatures in the tropical atmosphere continued to drop in January as temperatures there moved closer to their long-term averages, according to Dr. John Christy, director of the Earth System Science Center at The University of Alabama in Huntsville. Composite temperatures over both hemispheres, however, bumped slightly warmer in January, especially in the higher latitudes. In the Northern Hemisphere, pockets of warmer than normal air were especially pronounced over the eastern U.S., Canada and the North Atlantic. In the Southern Hemisphere, Australia and a large area of southern ocean between South America and New Zealand were warmer than normal. 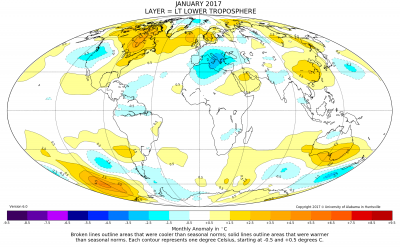