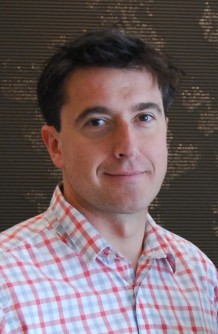 Newswise — LA JOLLA, CA – May 22, 2014 – Accumulation of DNA damage can cause aggressive forms of cancer and accelerated aging, so the body’s DNA repair mechanisms are normally key to good health. However, in some diseases the DNA repair machinery can become harmful. Scientists led by a group of researchers at The Scripps Research Institute (TSRI) in La Jolla, CA, have discovered some of the key proteins involved in one type of DNA repair gone awry.

The focus of the new study, published in the May 22, 2014 edition of the journal Cell Reports, is a protein called Ring1b. The TSRI researchers found that Ring1b promotes fusion between telomeres—repetitive sequences of DNA that act as bumpers on the ends of chromosomes and protect important genetic information. The scientists also showed inhibiting this protein can significantly reduce the burden on cells affected by such telomere dysfunction.

“We are very far from therapy, but I think a lot of the factors we’ve identified could play key roles in processing dysfunctional telomeres, a key event in tumorigenesis [cancer initiation],” said Eros Lazzerini Denchi, assistant professor at TSRI who led the study.

The Trouble with Telomeres

Humans are born with long telomeres, but these become shorter every time a cell in the body divides. With age, telomeres become very short, especially in tissues that have high proliferation rate.

That’s when the problems start. When telomeres become too short, they lose their telomere protective cap and become recognized by the DNA repair machinery proteins. This can lead to the fusion of chromosomes “end-to-end” into a string-like formation.

Joined chromosomes represent an abnormal genomic arrangement that is extremely unstable in dividing cells. Upon cell division, joined chromosomes can rupture, creating new break points that can further re-engage aberrant DNA repair. These cycles of fusion and breakage cause a rampant level of mutations that are fertile ground for cancer.

“You basically scramble the genome, and then you have lots of chances to select very nasty mutations,” said Lazzerini Denchi.

To understand how to prevent these deleterious fusions, Lazzerini Denchi and his colleagues wanted to identify all the repair factors involved.

The researchers decided to set a trap. Using genetically engineered cells, the researchers were able to remove a telomere binding protein called TRF2. Without TRF2, telomeres are unprotected and DNA repair proteins are recruited to chromosome ends, where they promote chromosome fusions.

The researchers then trapped and isolated all the proteins they found bound to the telomeres. “It was like a fishing expedition, and the bait in our case was the telomeric DNA sequence,” said Lazzerini Denchi.

Cristina Bartocci, a postdoctoral fellow in Lazzerini Denchi’s lab at the time and first author of the new study, spent more than two years perfecting a technique to identify proteins that flocked to the telomeres. “It was a pretty challenging experiment to perform,” she said.

The researchers then separated the proteins from the DNA sequences and sent the proteins to TSRI Professor John Yates’s laboratory for mass spectrometry analysis. This analysis revealed 24 known repair proteins and 100 additional proteins whose role in dysfunctional telomeres had not been previously described.

The team then refined their search and took a closer look at the role of the repair factor protein called Ring1b. For the first time, the scientists were able to link Ring1b to the chromosome fusion process. Bartocci said the role of Ring1b in dysfunctional telomere repair was “pretty striking.”

“If you don’t have Ring1b, the process of fusing the chromosomes is not very efficient,” said Lazzerini Denchi.

In addition to Ring1b, the team has found nearly 100 factors that might be related to errors in DNA damage repair. The next step in this research is to further refine the long list of DNA repair factors and study other proteins that could affect human health.

In addition to Lazzerini Denchi, Bartocci and Yates, other contributors to the paper, “Isolation of Chromatin from Dysfunctional Telomeres Reveals in Important Roles for Ring1b in NHEJ-Mediated Chromosome Fusions,” were Jolene K. Diedrich, Iliana Ouzounov and Julia Li of TSRI, and Andrea Piunti and Diego Pasini of the European Institute of Oncology. See http://www.cell.com/cell-reports/abstract/S2211-1247(14)00289-7

The research was supported by a Pew Scholars Award, the Novartis Advanced Discovery Institute, National Institutes of Health Grants AG038677 and P41 GM103533, the Italian Association for Cancer Research, the Italian Ministry of Health and a fellowship from FIRC.