U.S. Permafrost Expert Selected to Be Lead Author for Global Report on Cryosphere, Dangers of Its Thawing 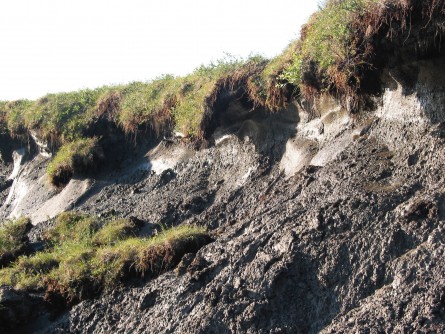 As the Earth warms, land that has been frozen for centuries thaws, releasing carbon and other gases into the atmosphere. 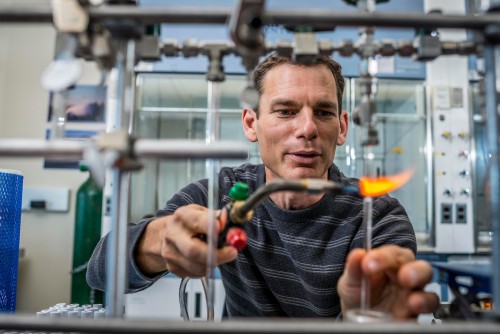 Newswise — A Northern Arizona University ecologist is part of a select group of scientists charged with producing a landmark report examining the effects of climate change on oceans and the frozen world and what steps people must take to reduce those effects.

Ted Schuur, a professor of ecology in the Center for Ecosystem Science and Society, found out in July that he would be one of 101 scientists worldwide on the Special Report on the Ocean and Cryosphere in a Changing Climate (SROCC), one of a three-part series of special reports from the Intergovernmental Panel on Climate Change (IPCC). The IPCC releases a report every five to six years discussing the state of the environment in plain language, with the purpose of informing politicians as they make policy related to the environment. The goals of the Paris climate accords are based on the most recent IPCC report.

“The special report is about creating things that people can read outside the science world,” Schuur said. “There is a direct line between this kind of effort and real policies that governments make.”

This report is on oceans and the cryosphere, which is essentially the frozen world—ice sheets, sea ice and permafrost, or continuously frozen ground. Hundreds of scientists from 57 countries were nominated to be an author on this project; Schuur is one of a handful of U.S. scientists on the project. His expertise is in the permafrost, land that is perennially frozen—an issue that has been in the headlines (The Washington Post, The New York Times) in recent months as scientists grow increasingly concerned about a warming Arctic.

“The reason this is so important is because as the climate is warming, the permafrost area is shrinking,” he said. “I’ve been working on the issue of carbon that’s in the permafrost. Once it’s thawed it starts to decompose, releasing carbon and methane, which is released into the atmosphere.”

That creates a feedback loop—as temperatures rise, the permafrost thaws, releasing more greenhouse gases into the environment, which causes the temperatures to rise—that speeds up the thawing process, contributing to more rapid changes in climate.

This IPCC report is what Schuur calls synthesis science—taking the peer-reviewed research of scientists from throughout the globe and condensing and explaining it in ways that are accessible to a layperson. His role as lead author will put him in a room—often virtually, but four times a year the whole group will meet—and discuss what papers raise questions and answers that belong in this report. They’ll argue, persuade, discuss the merits of each paper and consider what questions are answered and where the knowledge gaps are. They’ll even explain the science to their peers, since they are not all experts in the same areas of study.

“It’s almost like translating it even though it’s not in a different language,” Schuur said.

From there, the authors will agree as a group about the findings from the latest research and also future research needs to be put forward and will collaborate to write, edit and peer review the report, keeping in mind the goal: explaining the issues in ways non-scientists understand that accurately describe the dangers facing the planet.

The final product, which is scheduled to be published in 2019, will include feedback not only from scientists but from the diplomats who will take this data to the negotiating table as they make policy. It will provide answers, Schuur said, but like all good science, it will raise new questions as well.

This kind of synthesis science, however, remains a critical part of the process.

“You always want your science to make a difference,” he said. “You can do a really important experiment, but if nobody knows about it, the knowledge can sit there and do nothing.”