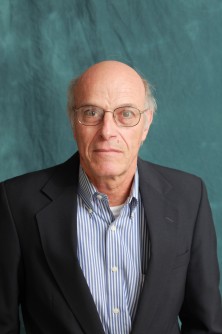 “YHS is not a highly potent medicine when compared to morphine. But I would propose that it can be used for low to moderate chronic pain," said study lead author, Olivier Civelli of UCI.

Newswise — Irvine, Calif., Sept. 14, 2016 — Root extracts from the flowering herbal plant Corydalis yanhusuo, or YHS, has widely used for centuries as a pain treatment. Yet few studies have investigated how it works on different forms of pain, and little is known about its molecular mechanisms.

In a new study, Olivier Civelli, professor and chair of pharmacology at the University of California, Irvine, and colleagues show how YHS effectively treats different forms of pain.

Most notably it can reduce chronic neuropathic pain which is poorly treated with common medicines. They also show that YHS seems to not lose its potency over time, as happens with many analgesics. Study results appear in one open-access online journal, PLOS ONE.

The researchers analyzed YHS pain relief properties in mouse tests that monitor acute, persistent inflammatory and chronic neuropathic pain, respectively, while in vitro tests revealed its mechanism of action as a prominent dopamine receptor blocker. Interestingly, in mice that have no dopamine D2 receptor, YHS effect is weakened in neuropathic pain.

Dopamine is an important neurotransmitters that when released from nerve cells to send signals to other nerves. It is known to be involved in reward but studies have also shown that dopamine may play a role in maintaining chronic pain, and that removing dopamine-containing cells can reduce this pain.

Additionally, the researchers found that YHS use did not lead to tolerance. They administered YHS four times over a seven-day period and measured the mice responses in acute pain, noting that YHS kept its potency while morphine lost its.

Since YHS is a dietary supplement commercially available in the United States, Civelli suggests that it might be an adjunct medicine for alternative pain treatment. “YHS is not a highly potent medicine when compared to morphine,” he said. “But I would propose that it can be used for low to moderate chronic pain.”

Researchers from the Chinese Academy of Sciences contributed to the study, which received support from the Eric L and Lila D Nelson Chair in Neuropharmacology at UC Irvine.