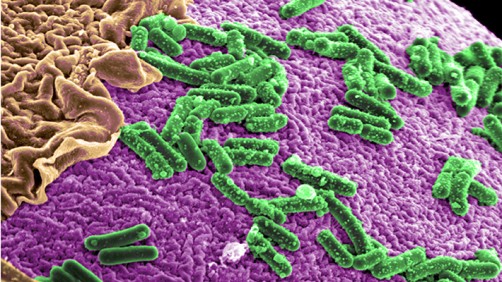 Evelo Biosciences has licensed a cancer therapy developed in the laboratory of University of Chicago researcher Thomas Gajewski that employs select gut microbes to boost the immune system's attack on cancer cells.

Newswise — Evelo Biosciences and the University of Chicago have announced that they have entered into an exclusive worldwide license agreement to develop and commercialize a microbiome-based cancer immunotherapy. The cancer therapy, developed in the laboratories of Thomas Gajewski, professor of medicine and pathology at UChicago, employs select gut microbes to boost the immune system’s attack on cancer cells and improve the efficacy of anti-cancer drugs.

“This is the first license for the University in the area of microbiome immune-oncology, and one of the first of its kind nationwide,” said Alan Thomas, associate vice president and director for UChicagoTech, the University’s Center for Technology Development and Ventures, which negotiated the license. “Immunotherapy is a rapidly growing field with huge potential and the University is at the forefront of oncobiome research.”

The licensed technology adds to biotechnology company Evelo’s research into the power of the microbiome to disrupt and fight cancer.

“This exclusive license, in conjunction with our proprietary platform, solidifies Evelo’s leading position in the development of Oncobiotic™ therapeutics,” said Simba Gill, chief executive officer of Evelo. “We are committed to working closely with the University of Chicago on this technology to rapidly develop novel therapies to help cancer patients worldwide.”

Gajewski’s team showed that the introduction of a particular strain of bacteria into the digestive tracts of mice with melanoma boosted the ability of the animal’s immune systems to attack tumor cells. When combined with anti-PD-L1, an investigational anti-cancer antibody in the drug class known as checkpoint inhibitors, the therapy nearly eradicated tumors. Gajewski’s research was reported Nov. 5, 2015, in the journal Science.

“This is a super exciting time in the field of cancer immunotherapy,” Gajewski said. “Our recent work revealed a surprisingly potent role for the commensal microbiota in boosting the therapeutic efficacy of checkpoint blockade immunotherapy in mouse models. This relationship with Evelo will rapidly bring microbiota-based immunotherapy forward into clinical testing in cancer patients.”—Rhianna Wisniewski