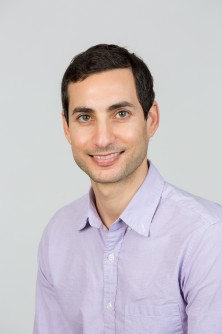 Newswise — FINDINGSUCLA researchers have discovered a previously unrecognized type of progenitor cell that, though rare in most regions of the human prostate, is found in uncommonly high numbers in inflamed areas of the gland. These progenitor cells have the ability to initiate prostate cancer in response to genetic changes. The study results suggest inflammation increases overall risk for the disease by increasing the available pool of progenitor cells that can develop into prostate cancer.

BACKGROUNDScientists have known that one of the risk factors for high-grade prostate cancer is chronic inflammation of the prostate (a process in which cells from the immune system have taken up residence in the gland), but they have been unsure how this process led to cancer. UCLA-led research previously showed that two different types of cells, known as basal and luminal, represented potential progenitor cells and, with varying degrees of aggressiveness, could initiate prostate cancer. Further research by colleagues at Johns Hopkins Medical Center observed that prostate cells in the proximity of inflammation appeared different under the microscope and expressed different genes, leading to the hypothesis that they were more likely to proliferate than prostate cells from areas without inflammation.

The UCLA-led team was able to test this hypothesis in human cells and found that cells from areas with inflammation are progenitor cells that can initiate aggressive tumors, validating their previous hypothesis and laying the foundation for the new study.

METHODLed by Dr. Andrew Goldstein, an assistant professor of molecular biology, the UCLA researchers investigated the CD38 gene, which is expressed by most (but not all) luminal cells in the human prostate. By comparing luminal cells that express CD38 with those that do not, they found that a greater proportion of luminal cells without CD38 had the potential to expand and grow. Results also showed that these CD38-negative luminal progenitor cells are rare in regions without inflammation but are significantly more common in regions of inflammation.The UCLA team then discovered that prostate tumors without CD38 were also more likely to be aggressive, to recur after initial treatment, and to metastasize. The scientists hypothesized that the aggressive cancers which do not express CD38 may also arise in luminal cells that do not express CD38. These luminal progenitor cells without CD38 were found to be target cells for transformation, meaning that they can initiate cancer.IMPACTProstate cancer is the second leading cause of cancer death in American men, behind only lung cancer. About 1 man in 39 will die of prostate cancer each year, and an estimated 180,000 new cases of the disease are reported annually in the United States. The study furthers our understanding of the role that inflammation, progenitor cells and the CD38 gene play in the development of prostate cancer, and these findings can help lead to the development of improved treatments and screening methods for the disease.AUTHORGoldstein is senior author of the study. The study’s first author is Xian Liu, a former member of Goldstein’s laboratory. Additional co-authors include Drs. Haley Hieronymus and Charles L. Sawyers of the Memorial Sloan-Kettering Cancer Center, and Drs. Tristan R. Grogan, Takao Hashimoto, Jack Mottahedeh, Donghui Cheng, Lijun Zhang, Kevin Huang, Tanya Stoyanova, Jung Wook Park, Ruzanna O. Shkhyan, Behdokht Nowroozizadeh, Matthew B. Rettig, David Elashoff, Steve Horvath, Jiaoti Huang and Owen N. Witte of UCLA. Drs. Goldstein, Rettig, Elashoff, Horvath and Witte are members of UCLA’s Jonsson Comprehensive Cancer Center. JOURNALCell Reports, published online November 6, 2016.FUNDINGThe study was funded by the U.S. Department of Defense and the Prostate Cancer Foundation. The research was additionally supported by UCLA’s Broad Stem Cell Research Center and SPORE in Prostate Cancer.DISCLOSUREThe author reports no disclosures. ***UCLA’s Jonsson Comprehensive Cancer Center has more than 450 researchers and clinicians engaged in cancer research, prevention, detection, control, treatment and education. One of the nation's largest comprehensive cancer centers, the Jonsson Comprehensive Cancer Center is dedicated to promoting research and translating basic science into leading-edge clinical studies. In August 2016, UCLA Health medical centers ranked among the top five hospitals for adult cancer care nationwide by U.S. News & World Report.