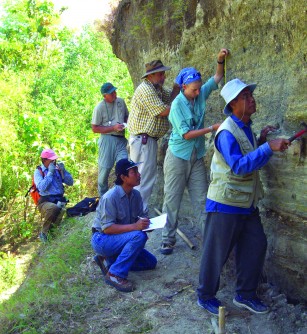 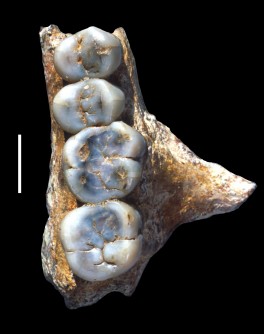 A view of the tooth surface of a newly described Homo erectus upper jaw from the site of Bapang, Sangiran, Indonesia.

Newswise — In an article published in the October issue of the Journal of Human Evolution (http://www.uiowa.edu/~anthro/documents/1.5-million-Homo-erectus-jaw.pdf), the team announced the discovery of a 1.5 million-year-old upper jaw of the human ancestor Homo erectus. Found at Sangiran (Sang-GRR-awn) on Indonesia's Java Island, the jaw is the oldest reputably dated example of "Java Man," the Homo erectus type originally discovered in 1891.

The find came from Sangiran expeditions conducted from 1998 through 2008 and co-led by UI Professor Russell L. Ciochon (sha-HAWN) and ITB Professor Yahdi Zaim (zye-EEM). In 2001, UI Associate Professor of Geoscience E. Arthur Bettis III joined the team to study the stratigraphy, sedimentology and soils in order to reliably date the Sangiran site.

The upper jawbone (fossil maxilla) was discovered as the team studied the geology and dating of the Sangiran lower fossil beds. The new fossil is the first Java specimen found in beds under direct geological study, making its provenance incontrovertible. The UI-ITB team has published several peer-reviewed papers dating the Sangiran lower beds to 1.5 million years ago.

"Our team's find at Sangiran is one of several recently discovered human fossils, such as the so-called 'Hobbit' -- an island-dwarfed species of early human -- of the Indonesian island of Flores, as well as the discovery of a unique ancient human DNA lineage at a site in Siberia called Denisova, that has put East Asia in the scientific spotlight," Ciochon said.

"We are now gaining a greater appreciation for the complexity of human evolution in the region, and our research at Sangiran provides yet another line of evidence in an ever-growing mass of data that will help shed light on this faintly illuminated region in our distant human past," he said. 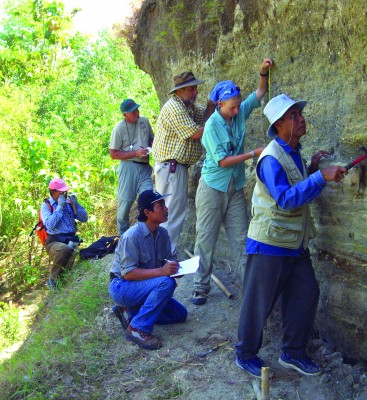 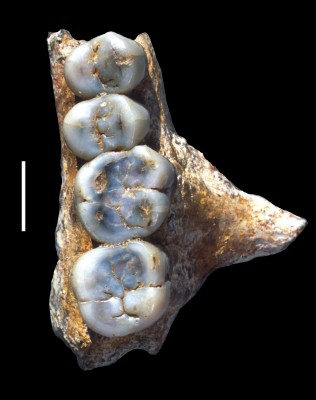 Caption: A view of the tooth surface of a newly described Homo erectus upper jaw from the site of Bapang, Sangiran, Indonesia.

Archaeology and Anthropology Evolution and Darwin