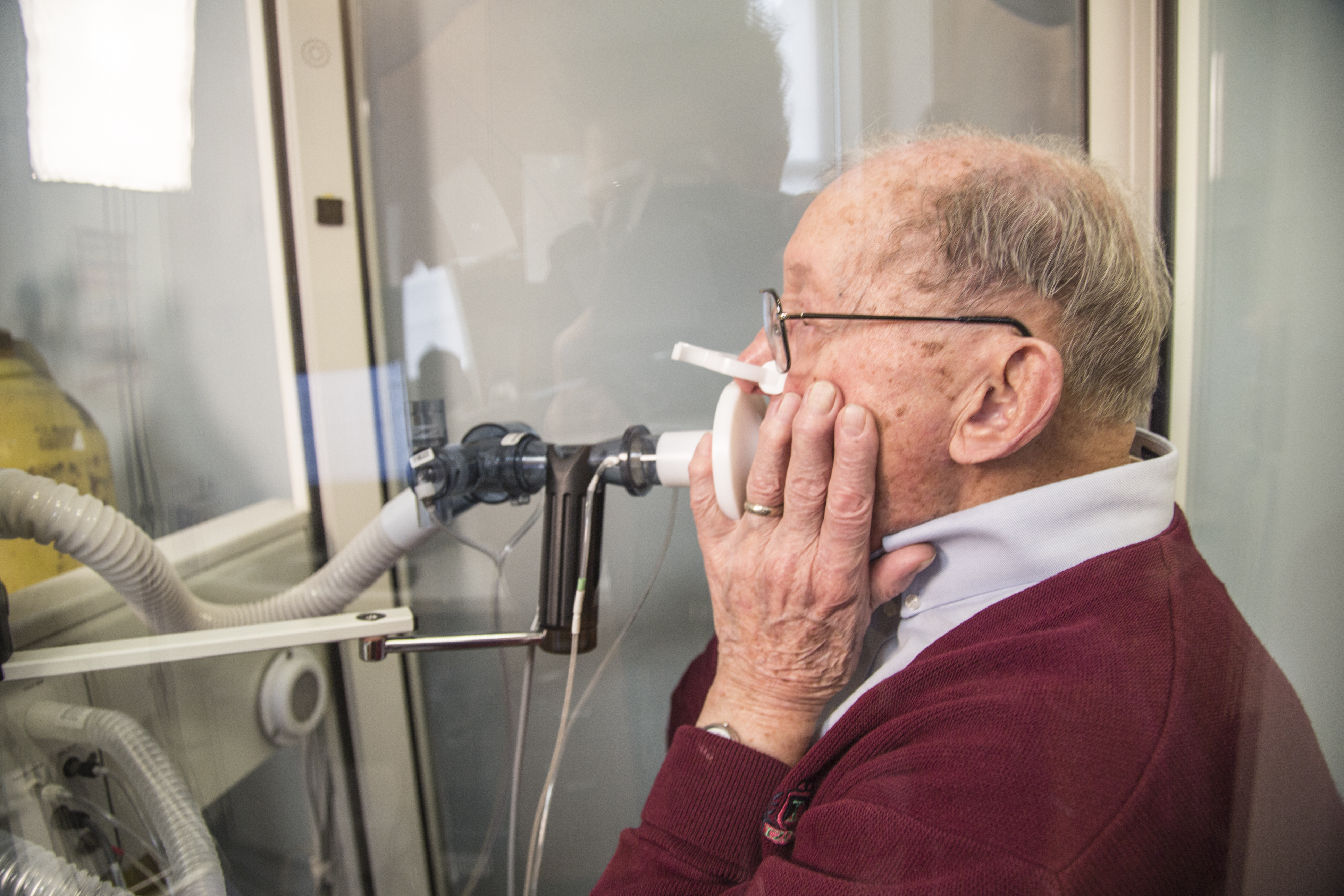 Newswise — March 13, 2020 - A UK study of patients participating in low-dose CT lung cancer screening highlights the importance of spirometry (breathing tests) in the assessment of possible chronic obstructive pulmonary disease (COPD), and demonstrates that over-reliance on radiological changes alone may result in detection of clinically insignificant disease.  The new study is published online in the Annals of the American Thoracic Society.

“More than half of those attending a ‘lung health check’ as part of a pre-screening assessment were found to have physiological parameters of airflow obstruction consistent with a diagnosis of COPD, while two-thirds did not report a prior diagnosis,” Prof. Janes explained. “This study highlights that, while the finding of emphysema was fairly common in this population of current or past heavy smokers who were at risk of lung cancer, the physiological changes of airway obstruction found through spirometry was the strongest signal of the presence of respiratory symptoms and thus potentially clinically relevant COPD.”

The study only looked at COPD and did not test the effectiveness of low-dose CT screening for detecting early lung cancer, which has already been proven.

The COPD researchers asked participants about current or recent respiratory symptoms.  Those who reported a history of current cough or shortness of breath within the previous 12 months were regarded as having respiratory symptoms.  Participants were also asked about a history of COPD, pneumonia, asthma and other potential comorbidities such as coronary heart disease, high blood pressure and diabetes.  Participants were labelled as having “undiagnosed COPD” if they met with the standard spirometric definition of COPD and did not report a prior diagnosis of COPD, chronic bronchitis or emphysema.

All participants were given spirometry testing, without being given a bronchodilator in advance.  Airflow limitation was classified according to accepted standards.  Nine-hundred eighty six participants were divided into three groups, based on spirometry results and their reported history of COPD:  “no COPD,” “undiagnosed COPD,” and “known COPD.”  Health and demographic variables were statistically analyzed.  Participants’ CT scans were read by radiologists specializing in lung disease. COPD was subjectively classified by the radiologists as “none,” “mild,” “moderate” or “severe” based on visual inspection of their CT images.

Thirty-two percent of those with “undiagnosed COPD” had no emphysema on their CT scans. Five-hundred sixty of 986 individuals (57 percent) included in the analysis had pre-bronchodilator spirometry consistent with COPD. Sixty-seven percent did not have a prior history of COPD and were considered “undiagnosed.” Emphysema prevalence in those with known COPD was 73 percent, while those considered “undiagnosed” had a prevalence of 68 percent.  Inhaler use and symptoms were more common in the “known” than “unknown” COPD group, while comorbidities were common in all groups. Statistically adjusted odds of respiratory symptoms were more significant for airflow obstruction than emphysema.

“Thirty-two percent of participants with airflow obstruction who did not report a prior diagnosis of COPD had no emphysema on their CT scan, while, conversely, individuals with emphysema did not always have airflow obstruction,” said Dr. Ruparel.  “Based on our findings, reliance on CT alone to diagnose COPD risks missing individuals who may actually have this condition, while over-diagnosing others.  Since individuals at risk for lung cancer are also at risk for COPD, we recommend including spirometry in low-dose CT lung cancer screening programs, in order to assist in making accurate diagnoses.”

This study was part of the Lung Screen Uptake Trial project, which was funded by a National Awareness and Early Diagnosis Initiative project grant awarded by Cancer Research UK and a consortium of government funders in England, Norther Ireland, Scotland and Wales.

About the Annals of the American Thoracic Society

The AnnalsATS is a peer-reviewed journal published by the American Thoracic Society. The Journal delivers up-to-date and authoritative coverage of adult and pediatric pulmonary and respiratory sleep medicine and adult critical care. The scope of the Journal encompasses content that is applicable to clinical practice, the formative and continuing education of clinical specialists and the advancement of public health. The journal’s impact factor is 4.026.

Editor: Colin Cooke, MD, MS, associate professor in the department of internal medicine at the University of Michigan.