University of North Dakota astronomers discover source of many meteorites

Trace those meteorites back to their origin, and you’ll find a massive collision with asteroid (6) Hebe, UND’s Sherry Fieber-Beyer and Mike Gaffey say This artist's conception shows how families of asteroids are created. Over the history of our solar system, catastrophic collisions between asteroids located in the belt between Mars and Jupiter have formed families of objects on similar orbits around the Sun. 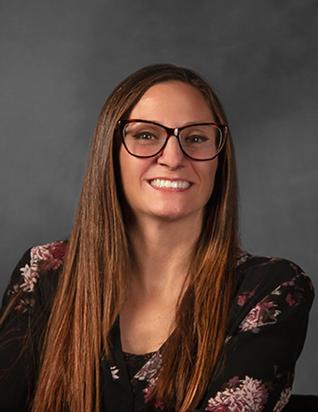 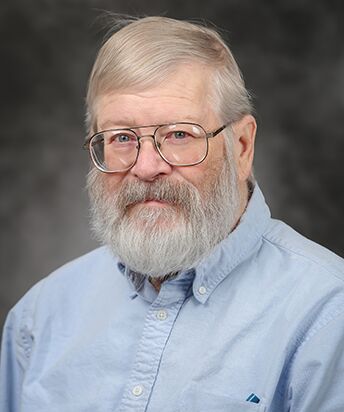 Newswise — Every meteoroid has a story to tell; before they flash across our sky, the celestial objects have traveled around the solar system for billions of miles and millions of years. And now, astronomers at the University of North Dakota may have found a key “origin story,” the source of 40 percent of the meteorites that fall to Earth.

Those meteorites likely arose from a “cosmic crime scene” that took place in the distant past, in which an asteroid called (6) Hebe collided catastrophically with another asteroid, say Assistant Professor Sherry Fieber-Beyer and Professor Mike Gaffey of UND’s Space Studies Department.

The collision shattered part of (6) Hebe, sending fragments of the asteroid flying off into space. Some of the fragments collected in a family or cluster that has been orbiting the Sun ever since. Because of the particular physics of that cluster, some of its fragments periodically exit the cluster and travel into the inner solar system; and some of those, in turn, wind up striking the Earth.

In their paper published Tuesday (Dec. 1) in Planetary Science Journal, Fieber-Beyer and Gaffey for the first time identify this asteroid family and link it to both (6) Hebe and the second-most-common type of meteorites that fall to Earth.

“We needed a family of small asteroids that shared the same chemical signature as Hebe, and so we have been on this quest to find them,” said Fieber-Beyer, the lead author of the paper in the Planetary Science Journal.

“We collected data for several years, and put together the paper that shows that yes, there is such a family.”

Close to 75 percent of all stony meteorites found on Earth are ordinary chondrites — “ordinary” because they’re the most common group, and “chondrites,” a term that describes stony objects made up of some of the solar system’s oldest known rocks. (One source describes the rocks as “fairly pristine remains of the material that formed the solar system.”)

And of the ordinary chondrite meteorites, just under half are H-type, so-called because they’re comparatively high in iron.

So, H-type ordinary chondrites make up about 40 percent of the meteorites that fall to Earth.

Meteorites are believed to originate in the asteroid belt between the planets of Mars and Jupiter. In 1998, Gaffey proposed that (6) Hebe, a large asteroid in the main asteroid belt, could be the source of H-type ordinary chondrites. But since that time, asteroid experts have debated the likelihood of the link because of the lack of an associated family of asteroids, as well as the possibility for more than one source for these meteorites.

Since 2008, Fieber-Beyer has used telescopes in Hawaii to study a subset of small asteroids. The UND scientists found that the asteroids’ chemical signatures match with those H-type ordinary chondrite meteorites.

In 2010, Fieber-Beyer discovered other asteroids in a region near (6) Hebe with similar spectral signatures, but most of them were too far from (6) Hebe to conclusively suggest a link. Over the next decade, her team studied more asteroids that were closer to Hebe and found that they were indeed part of the (6) Hebe family. That’s the finding which was published Tuesday in Planetary Science Journal.

Not months, but years

In astronomy, time on international telescopes such as the one used in this study — the NASA Infrared Telescope Facility at Mauna Kea Observatory in Hawai’i — is at a premium. Astronomers start by submitting a proposal to the Telescope Allocation Committee, which judges the proposal’s scientific merits against others from around the world.

Once an astronomer’s proposal is selected, the astronomer must make the most of his or her time, which the observatory awards in half-night increments. In Fieber-Beyer’s case, this means gathering spectra through the telescope’s infrared slit viewer, then (later) measuring that spectra and comparing the results to a terrestrial meteorite collection.

All of which unfolds not over days or months, but years. So, was Fieber-Beyer excited when the findings started to show (6) Hebe as the meteorites’ parent body?

Yes, it’s thrilling to see a hypothesis seem to be confirmed. But at the same time, “I try as a scientist not to get excited, because there’s always the possibility that I did something wrong,” she said.

“And so what I did was I went and reanalyzed everything all over again, before I submitted it for publication.” And sure enough, after the reanalysis, “the findings were still there,” she said.

Caption: This artist's conception shows how families of asteroids are created. Over the history of our solar system, catastrophic collisions between asteroids located in the belt between Mars and Jupiter have formed families of objects on similar orbits around the Sun.