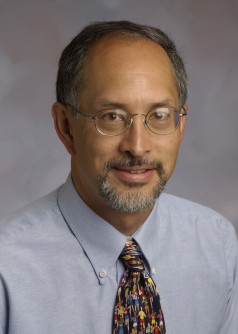 David Bassett, University of Tennessee, Knoxville, professor and head of the Department of Kinesiology, Recreation, and Sport Studies

Newswise — KNOXVILLE—Once every four years, people from all nations marvel at the incredible feats of the greatest athletes in the world. What is it that allows them to run, jump and throw faster and farther than the average person? Is it good genes, or sheer hard training?

"Olympic athletes are fascinating subjects for research," said Bassett. "They are not only genetically gifted, but in most cases they’ve spent thousands of hours training for their events. They are pushing the envelope of what’s possible in training and competition."

Bassett and Conger looked at several case studies of Olympic athletes across a decades-long span of the summer Olympic Games. They also examined what the Olympics has taught us about environmental studies and new views on aging.

Highlights of their findings include:

A study conducted at the 1976 Summer Games in Montreal found that most of the Olympians surveyed had at least one older sibling. The scientists speculated that trying to keep up with an older brother or sister helped the athletes develop essential motor skills for sport.

Many physical traits of Olympians are evident even as they step onto the athletics stage. Athletes in the power events like the shot put and discus are taller and have bigger muscles and stronger skeletons, while those in the “gravity” sports like gymnastics are shorter with little body fat. But some of the traits that allow these athletes to achieve incredible things are invisible to the naked eye. Over the years, athletes have participated in research to uncover the secrets of their success, and this has led to new insights into the inner workings of human body.

Athletes’ hearts are one of many factors that determine their success. Not only do Olympic athletes have enlarged hearts, but echocardiograph and MRI studies have shown that endurance athletes have hearts with larger chambers and normal wall thicknesses, while powerlifters and wrestlers have thicker walls in the heart chambers.

Olympic endurance athletes not only have high baseline aerobic power, but their bodies also respond well to training. The Heritage Family Study, which began in 1992 and is still ongoing, recruited 742 inactive adults and trained them in precisely the same manner, to study variations in the training response. Surprisingly, some individuals did not respond at all to the standardized training load, while others had a 40 percent increase in aerobic fitness. Since the trainability of aerobic fitness ran in families, the authors concluded that genetic factors play a big role in the response to training.

Olympic power athletes show an increase in muscle size and anaerobic enzymes. To better withstand the stresses and strains of competition, the bones of Olympic athletes undergo remodeling. Weightlifters develop robust bones in their arms, vertebrae and legs, whereas runners only have increased bone strength in their spine and legs. A 2009 study found that runners develop shin bones that are thicker on the front and back, whereas athletes in sports that require lots of quick directional changes have robust shin bones that are uniformly thickened all the way around.

Spartan lifestyles and hard, physical training may have health benefits for Olympians. In 2012, the British Medical Journal published the first large-scale study on the longevity of Olympic athletes. The authors examined more than 15,000 Olympians from nine country groups (United States, Germany, Nordic countries, Russia, United Kingdom, France, Italy, Canada and Australia/New Zealand) who won medals from 1896 to 2010. They concluded that Olympic medalists live about three years longer than men and women in the general population.

"In addition to teaching us about the physiology of the human body, Olympic athletes can also demonstrate the resilience of the human spirit," said Bassett. "The history of the summer Olympics is filled with tales of underdogs who were given little chance to win but who achieved hard-fought victories.

"Only a small percentage of the Olympic athletes who compete in Rio de Janeiro will come away with a medal, but all of them will meet fellow competitors from around the world who will push them to perform at their best." 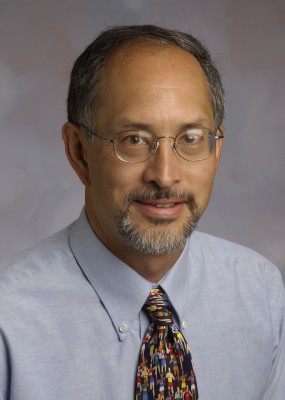 Caption: David Bassett, University of Tennessee, Knoxville, professor and head of the Department of Kinesiology, Recreation, and Sport Studies