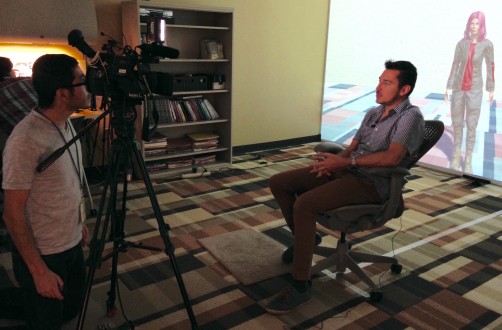 Ivan Gris, Ph. D. provides a TV interview in a computer science lab on The University of Texas at El Paso campus. 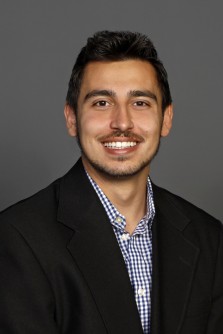 Research:One of the major goals in research on embodied conversational agents (ECAs) is to increase the believability and perceived trustworthiness of agents. To improve the efficacy of the interaction between humans and ECAs, I focus on the development of rapport, which is a complex and extensive behavioral state of affinity, synchronicity, coordination and mutual understanding that is difficult to model, measure and interpret. Moreover, the benefits of rapport often fall outside of conscious awareness. He examines how physical engagement can help establish a stronger sense of emotional connection between humans and virtual characters. He is also one of the key developers of our AGENT Framework and our ECA, Adriana, which is capable of speech recognition and gesture recognition over long periods of time. This system provides up to 60 minutes of human-ECA interaction in a jungle-survival scenario.

Dr. Gris is available for interviews in English and Spanish. 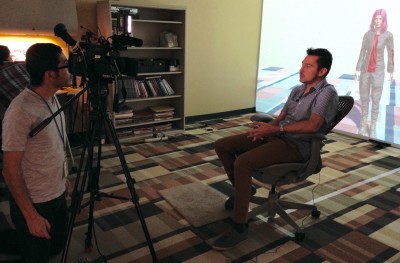 Caption: Ivan Gris, Ph. D. provides a TV interview in a computer science lab on The University of Texas at El Paso campus. 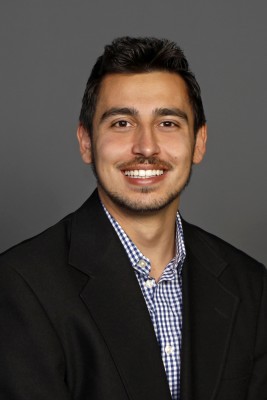