Walden Trees Leafing Out Far Earlier Than in Thoreau’s Time

13-Jan-2014 10:00 AM EST, by Boston University College of Arts and Sciences
favorite_border 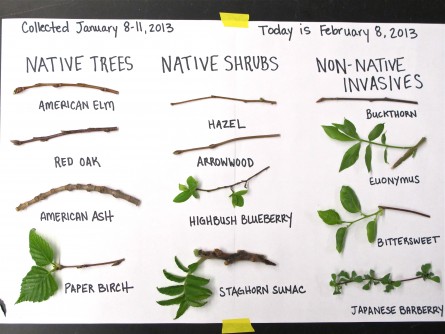 Newswise — (Boston) – Climate-change studies by Boston University biologists show leaf-out times of trees and shrubs at Walden Pond are an average of 18 days earlier than when Henry David Thoreau made his observations there in the 1850s. However, not all plants respond in the same way, the result of which is that native species eventually may be threatened and lose competitive advantage to more resilient invasive shrubs such as Japanese barberry, according to a study published in the new edition of New Phytologist.

“By comparing historical observations with current experiments, we see that climate change is creating a whole new risk for the native plants in Concord,” said BU Prof. Richard Primack. “Weather in New England is unpredictable, and if plants leaf out early in warm years, they risk having their leaves damaged by a surprise frost. But if plants wait to leaf out until after all chance of frost is lost, they may lose their competitive advantage.”

The study began when Caroline Polgar, a graduate student with Primack, examined Thoreau’s unpublished observations of leaf-out times for common trees and shrubs in Concord in the 1850s, then repeated his observations over the past five springs.

“We started to wonder if all trees and shrubs in Concord are equally responsive to warming temperatures in the spring,” Polgar said. What she found was surprising. “All species -- no exceptions -- are leafing out earlier now than they did in Thoreau’s time,” she said. “On average, woody plants in Concord leaf out 18 days earlier now.”

In New England, plants have to be cautious about leafing out in the early spring. If they leaf out too early, their young leaves could suffer from subsequent late frost. Since leafing-out requirements are thought to be species-specific, the group designed a lab experiment to test the responsiveness of 50 tree and shrub species in Concord to warming temperatures in the late winter and early spring.

For the past two winters, the researchers traveled to Concord and collected leafless dormant twigs from each species, and placed them in cups of water in their lab. Over the following weeks, they observed how quickly each species was be able produce their leaves in these unseasonably warm lab conditions.

“We found compelling evidence that invasive shrubs, such as Japanese barberry, are ready to leaf out quickly once they are exposed to warm temperatures in the lab even in the middle of winter, whereas native shrubs, like highbush bluberry, and native trees, like red maple, need to go through a longer winter chilling period before they can leaf out -- and even then their response is slow,” says Amanda Gallinat, a second-year graduate student and third author of the paper.

The strength of this study, Gallinat said, is the pairing of observations and experiments.

“Our current observations show that plants in Concord today are leafing out earlier than in Thoreau’s time in response to warm temperatures,” she said. “However, the experiments show that as spring weather continues to warm, it will be the invasive shrubs that will be best able to take advantage of the changing conditions.”

The spring growing season is of increasing interest to biologists studying the effects of a warming climate, and in coming decades non-native invasive shrubs are positioned to win the gamble on warming temperature, Primack said. The BU group is adding these findings to a growing list of advancing spring phenomena in Concord and elsewhere in Massachusetts, including flowering dates, butterfly flight times, and migratory bird arrivals. Founded in 1839, Boston University is an internationally recognized institution of higher education and research. With more than 33,000 students, it is the fourth-largest independent university in the United States. BU consists of 16 schools and colleges, along with a number of multi-disciplinary centers and institutes integral to the University’s research and teaching mission. In 2012, BU joined the Association of American Universities (AAU), a consortium of 62 leading research universities in the United States and Canada. # # #The article is published in the New Phytologist: C. Polgar, A. Gallinat, and R.B. Primack. 2014. Drivers of leaf-out phenology and their implications for species invasions: insights from Thoreau’s Concord.