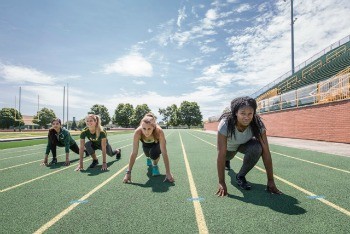 Newswise — DETROIT – Just as a sprinter’s body and muscles are ready for action as they wait for the starting gun to fire, brain networks at rest appear to be waiting in a state of potentiation to execute even the simplest of behaviors.

This evidence comes from a new paper published this week in the journal PLoS One, reporting on a study led by professors Vaibhav Diwadkar, Ph.D., at Wayne State University’s School of Medicine and Steven L. Bressler, Ph.D., interim director of Florida Atlantic University’s Center for Complex Systems and Brain Sciences.

In the study, “Potentiation of motor sub-networks for motor control but not working memory: Interaction of dACC and SMA revealed by resting-state directed functional connectivity,” the researchers used a simple experimental task, having each participant perform a simple motor control behavior (tapping their forefinger to a visual cue) that alternated between behavior and rest. Brain activity was acquired using functional MRI (fMRI), a technique that allows collection of dynamic signals from within the brain when the subject is doing a task as well as when they are at rest.

Using relatively complex modeling of fMRI signals, the team studied brain network interactions between two important brain regions: the dorsal anterior cingulate cortex (dACC), used for control, and the supplementary motor area (SMA), used for motor movements. In their previous studies, the team highlighted the importance of directional network interactions from the dACC to the SMA during simple motor behavior. In the PLoS One paper, they showed a compelling and opposite effect: during the rest periods that alternated between the motor behavior task, network interactions from the SMA to the dACC were now increased.

According to Diwadkar, who co-directs the Brain Imaging Research Division in the Department of Psychiatry & Behavioral Neurosciences, “These results suggest that directional interactions from the SMA to the dACC during the rest period may in fact potentiate task-related interactions in the opposite direction.” He further noted that the studies confirm what has been long suggested and independently demonstrated: that the brain’s networks are always in a state of potentiation for action, precisely because it is impossible to predict what they will be required to do at any given time. Therefore, it is unlikely that the brain can ever be at true rest.

This paper is one of the few attempts to systematically investigate directional interactions between brain networks in the resting state and show how this state might potentiate the opposite direction of the same network task-related processing.

“Our findings are compelling because brain networks are in patterns of incessantly complex directional interactions,” said Diwadkar. “Directionality is difficult to measure, and our complex analyses show that it is possible to estimate this from fMRI data.”

According to Diwadkar, the team’s findings reveal aspects not only of normative brain function but may also provide new directions for characterizing disordered network interactions in neuropsychiatric syndromes. They will be investigating these questions in obsessive-compulsive disorder with David Rosenberg, M.D., the Miriam L. Hamburger Endowed Chair of Child Psychiatry and chair of the Department of Psychiatry and Behavioral Neurosciences at Wayne State University; and in schizophrenia with Dr. Jeffrey Stanley, Ph.D., associate professor of psychiatry. Diwadkar and Bressler are continuing to collaborate on several directions of research focusing on brain network function and dysfunction.