What Do Concussions Do to Your Body and Brain? UB Study to Focus on Teens 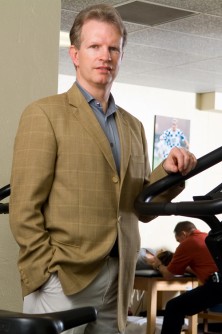 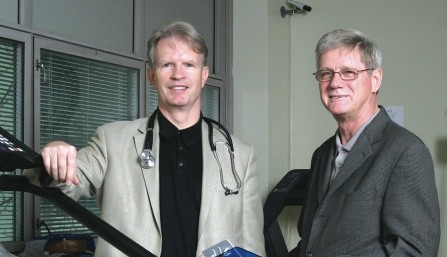 Principal investigators on the grant are John Leddy, MD, professor of orthopaedics and sports medicine, and Barry S. Willer, PhD, professor of psychiatry, both in the Jacobs School of Medicine and Biomedical Sciences.

Newswise — BUFFALO, N.Y. — Concussions have received plenty of attention from the media, but exactly how they affect patients clinically is not well understood.

Now, in an effort to learn how concussions affect both the body and brain, the National Institutes of Health has awarded a five-year, $2 million grant to researchers at the Jacobs School of Medicine and Biomedical Sciences at the University at Buffalo.

Approximately 90 teenagers who play a sport are being recruited for the study, which is being conducted by physicians at UBMD Orthopaedics & Sports Medicine, part of the practice plan of the Jacobs School of Medicine and Biomedical Sciences at UB. Interested parents should contact the UB Concussion Management Clinic at 716-829-5499.

The UB researchers pioneered the use of low-level exercise to help concussed athletes recover, an approach that directly contradicts the traditional standard of care mandating prolonged periods of rest.

John Leddy, MD, professor of orthopaedics and sports medicine at the Jacobs School of Medicine and Biomedical Sciences at UB and director of the UB Concussion Management Clinic, is co-principal investigator on the NIH grant with Barry S. Willer, PhD, professor of psychiatry at UB and the clinic’s research director. Leddy sees patients through UBMD Orthopaedics and Sports Medicine.

Controlled exercise as treatmentWhile rest is critical just after a concussion, the researchers note that prolonged rest has not been proven to be beneficial. “Prolonged rest can create anxiety and depression in athletes,” said Willer. “They end up focusing on their illness.”The first grant the UB researchers received to study exercise as a treatment for post-concussion syndrome came from seed funding awarded by the UB Office of the Vice President for Research and Economic Development in 2008. In recent years, a more proactive approach has been seen as potentially more beneficial, a point noted by the NIH reviewers, one of whom commented, “Who better to lead in this new approach than the people in Buffalo who have been saying this all along?”

The goal of the grant is to validate the concept the UB researchers developed: that the inability to exercise above a certain intensity – exercise intolerance – is a biomarker for concussion.

“The work we will do on this grant will reveal why exercise intolerance is even happening in the first place,” Leddy said. “We want to demonstrate how exercise intolerance predicts recovery time. By studying cerebral blood flow through brain imaging, we will be able to better understand how the brain changes after a concussion and how it changes back again so patients can get on with their lives.”

Leddy and Willer were among the first researchers to view concussion as a physiologic, as well as a cognitive, injury.

“The NIH recognizes a clear need for improved diagnostic and prognostic markers for concussion,” said Patrick Bellgowan, PhD, program director at the NIH’s National Institute of Neurological Disorders and Stroke. “Dr. Leddy’s innovative grant exemplifies NIH’s multi-disciplinary strategy for accelerating understanding of concussion diagnosis and recovery.”“We know that exercise is good for your brain,” Leddy said. “We’ve seen that exercise changes cardiac output and blood flow in the brain. When you exercise, you stress your brain the way you stress your heart.”Teens are most vulnerable

“We’re focusing on teens because they are the most vulnerable and they take the longest time to recover,” said Willer. “Adolescence is a time of dramatic change in the brain,” said Leddy. During adolescence, he said, the brain is undergoing major hormonal changes, changes in blood flow and the maturation of the autonomic nervous system, which governs involuntary processes like breathing.

“By evaluating how much exercise a patient can do before they start having symptoms, our approach immediately confirms that a patient has had a concussion, but more importantly, it tells us how serious the concussion is and about how long it will be before we see full recovery,” said Leddy. While most teens who suffer concussions recover pretty quickly, about 15 percent will exhibit symptoms for much longer, a condition known as post-concussion syndrome. For these individuals, recovery will take months -- not weeks -- and it can be especially disruptive in teens.

Critical accommodationsA case in point is Sean Kaiser, now a senior at Frontier High School. (See a video about Sean’s recovery.) Just days before going back to school his junior year, he sustained a concussion during football practice. Almost as soon as Sean started walking on the treadmill, his physical symptoms, such as headache and dizziness, returned, a sign that he was also likely to be cognitively impaired.

“If a patient has exercise intolerance as Sean did, that typically indicates cognitive intolerance as well,” said Willer. “The person is as smart as he or she always was, but has very little stamina. For a high-achieving high school student like Sean, it can be devastating.”Once Willer and Leddy knew that Sean’s recovery would take months, not weeks, they scheduled a meeting so they could properly inform his parents, his guidance counselor, the school nurse and all his teachers about how best to deal with Sean’s injury.

Willer recalled: “We told them, ‘There will be points in the day where he is going to hit a wall. At that point, he is taking in nothing. He needs to leave the room and go to a quiet place where there is no stimulation.’” The teachers made numerous accommodations and Sean completed his junior year successfully.

Knowing ahead of time that Sean’s recovery was going to take a long time was key, said Leddy. But much more needs to be known, he said. Patients recruited for the study will undergo a treadmill test and an advanced brain imaging technique, which will be conducted at UB’s Translational Imaging Center in the Clinical and Translational Research Center.

Founded in 1846, the Jacobs School of Medicine and Biomedical Sciences at the University at Buffalo is beginning a new chapter in its history with the largest medical education building under construction in the nation. The eight-story, 628,000-square-foot facility is scheduled to open in 2017. The new location puts superior medical education, clinical care and pioneering research in close proximity, anchoring Buffalo’s evolving comprehensive academic health center in a vibrant downtown setting. These new facilities will better enable the school to advance health and wellness across the life span for the people of New York and the world through research, clinical care and the education of tomorrow’s leaders in health care and biomedical sciences. The school’s faculty and residents provide care for the community’s diverse populations through strong clinical partnerships and the school’s practice plan, UBMD Physicians’ Group. 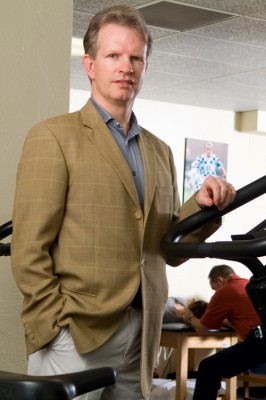 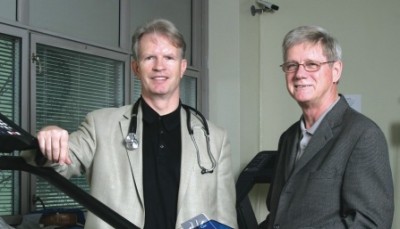 Caption: Principal investigators on the grant are John Leddy, MD, professor of orthopaedics and sports medicine, and Barry S. Willer, PhD, professor of psychiatry, both in the Jacobs School of Medicine and Biomedical Sciences.