What Does Legalized Recreational Marijuana Mean for Your Health? 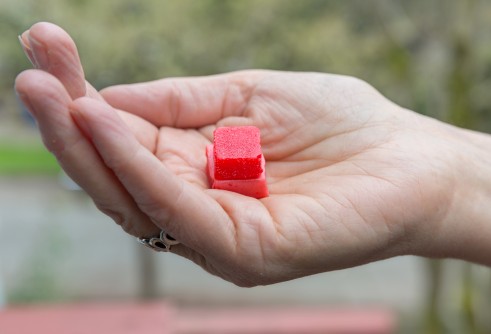 Marijuana edibles (top) can be indistinguishable from regular candy (bottom), which can put children at risk of accidental consumption. 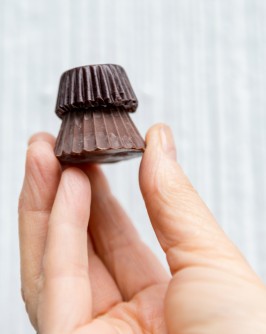 A marijuana edible (top) and a regular peanut butter cup.

As a result, Diane Calello, executive and medical director of the New Jersey Poison Control Center at Rutgers New Jersey Medical School’s Department of Emergency Medicine, is looking to learn from the eight states that have already legalized recreational marijuana. She hopes their experiences will help prevent some of the health risks of legalization from impacting residents of states also considering this type of legislation.

What types of marijuana-related calls is the poison center receiving?

As legalization has made marijuana more available, we’ve seen an increase in marijuana-related calls – from 112 cases in 2012 to 176 in 2017. Calls range from how to manage someone who has been “altered” after smoking an unknown quantity of marijuana to concern over children who consumed edible marijuana products. We’ve also been contacted about cannabinoid hyperemesis syndrome, a condition that includes vomiting, nausea and severe gastrointestinal discomfort resulting from heavy cannabis use. We manage every caller based on the individual scenario: symptoms, dose, medical history and whether he or she is alone or accompanied by someone who might help. People can overdose on newer marijuana – both medical and recreational – since it’s very concentrated, and patients have developed severe symptoms, including coma. If the person needs immediate assistance, we call 911 and the receiving hospital. If the person’s symptoms are milder and can be managed at home, we provide advice and call back several times to ensure the patient is feeling better.

What are the health risks that legalizing recreational marijuana could present?

The wider availability of marijuana after legislation may cause increased health risks to children. A young child cannot distinguish an edible marijuana product, which can look like candy, from regular food. In addition, these products may be highly concentrated, causing severe effects. There also may be an increased risk of addiction or mental health disorder in adolescents who use marijuana. While children have been sickened and developed severe changes in behavior and level of consciousness, there are no substantiated reports of pediatric deaths from marijuana.

While the health effects of legal marijuana are similar to that of marijuana currently being acquired illegally, consumers need to be aware that the product available today is much more potent than in years past. These effects, which increase with the product’s potency, include confusion, hallucinations, dizziness, nausea, vomiting, conjunctivitis, dilated pupils, slowed reaction times, increased appetite and irritability. In severe cases, a person may develop coma, delirium or seizures.

Although marijuana may become legal, people should remember it is still a drug with mind-altering effects that can affect reaction time and make driving unsafe.

What health outcomes have you seen in states that have legalized marijuana?

In states where marijuana is legal, there has been an increase in calls to poison centers regarding young children who have accidently ingested marijuana. In many of these cases, the exposure involved marijuana edible. These states also have experienced an increase in patients of all ages seen in hospitals for exposure to marijuana.

What can states considering legalizing recreational marijuana, like New Jersey, do to lessen these risks?

Legislation should include child safety packaging. All marijuana products should be sold in containers that meet national guidelines for child resistance. “Look alike” edible packaging, made to resemble familiar foods, especially candy, should be strongly discouraged or prohibited.

The concentration of the active ingredient tetrahydrocannabinol (THC) should be regulated and included in labeling of products to encourage informed use.

How should consumers educate themselves before using recreational marijuana?

People should purchase marijuana only from licensed stores, which will adhere to the state’s regulations for marijuana. Seek information regarding the concentration of THC and the number of “doses” in a given edible product.

People also should be aware that the onset of effects in edible marijuana is much slower than when it is inhaled. Many users have been sickened by eating multiple doses while waiting for the effects only to experience delayed, severe effects hours later. People with young children in their household should not purchase edible products. If they do, they should store them in an out-of-reach place, such as a locked cabinet or container, to prevent access by children, teens and pets.

Historically, herbal marijuana has been as little as 2 percent THC, but available compounds now, particularly concentrated extracts, may be 25 percent or higher. n addition, marijuana purchased illegally may contain potentially harmful chemicals other than marijuana. “Synthetic marijuana” may cause some effects that are similar to marijuana, but it is not marijuana. These products are unpredictable and dangerous to use. Synthetic marijuana is not and will not be legalized. 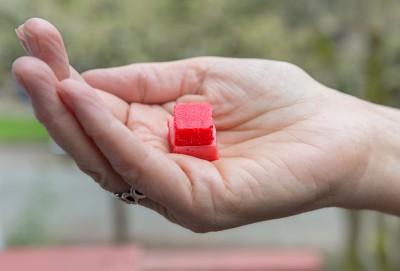 Caption: Marijuana edibles (top) can be indistinguishable from regular candy (bottom), which can put children at risk of accidental consumption. 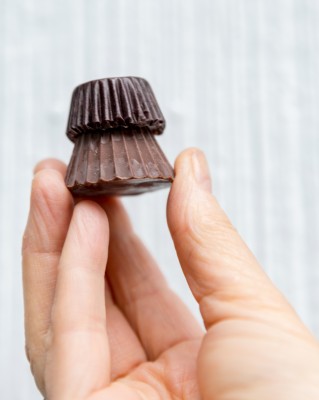