Why Customer-Facing Companies Have Happier Workers 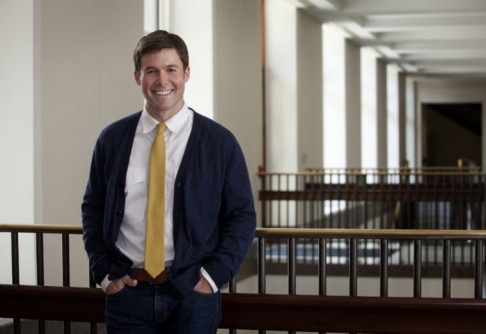 Newswise — It’s possible the Keebler Elves aren’t as happy at work as they seem.

At the same time, SpongeBob SquarePants’ dour colleague Squidward might be a little cheerier than he lets on.

But the research goes even further by showing that the phenomenon is not limited to individuals who work directly with customers. It affects everyone at the company — depending on whether the company itself deals more directly with end consumers.

“The accountants who work in a grocery store company would be happier than the ones who work at General Mills,” Knight said. “We’re trying to make the point that it’s broader than the people who are directly engaged with customers.”

“Workforce strain is extremely expensive,” Knight said. How expensive? The Centers for Disease Control and Prevention reports that productivity losses to absenteeism cost U.S. employers nearly $1,700 for every worker, totaling $226 billion a year.

“There’s also the human, goodness-of-life component,” Knight said. “If people are sick and don’t want to come into work, that’s not a good outcome.”

The paper, published in the February edition of the Academy of Management Journal (subscription required), relied on more than 24,000 survey responses by employees, leaders and human resources workers at 161 small- and medium-sized firms in Germany. Different groups of workers filled out surveys measuring how positively or negatively they viewed their work; how openly they could express emotion on the job; their level of emotional exhaustion; and how rigorously the company regulated or centralized their work.

The research — conducted with Jochen Menges  from Germany’s WHU-Otto Beisheim School of Management and Heike Bruch of Switzerland’s University of St. Gallen — also measured the degree to which companies value “emotion-focused personnel practices.” The study found that organizations that tend to value outward expressions of emotions — again, those that are more customer-facing — tended to have happier workers. On the flip side to being more positive, the researchers found that those same happier workers in more customer-facing organizations also tended to be less negative.

“In manufacturing, for example, there’s a thought that emotions impede work, standing in the way of making good decisions,” Knight said. “There’s an assumption that emotions should be kept out.”

The paper suggests, however, that “neutralizing” emotions on the job may be more emotionally taxing at work than making a conscious decision to mask your emotions when, for example, a customer is particularly difficult to work with. Workers can commiserate in a back room after an unpleasant encounter, which ultimately contributes to a more positive “affective tone” in the workplace.

The results perhaps upend conventional wisdom suggesting that dealing directly with customers — who, as we know, are always right — might be aggravating and emotionally taxing as workers grit their teeth through difficult interactions.

“For every customer who is a pain in the neck, there’s probably a customer who is a true delight,” Knight said. “That is a part of people-centric work that maybe doesn’t exist in some of these other worlds — like manufacturing.”

Moreover, administrators can breed these collective feelings with emotion-focused personnel practices and centralization, the researchers wrote.

Knight and his co-authors acknowledged that their paper represents only a snapshot in time, in a specific geography. Additional research into this area might look at these issues over time and in other parts of the world, as well as in much larger or much smaller organizations.

Another dimension the research does not consider is the financial performance of the firms that were studied.

“What if emotion is linked to a lower error rate and more efficiency?” Knight said. “You can’t pull one component of an organization and change it; you have to think about the whole logic of the system and how the pieces fit together.”

All Journal News Behavioral Science In the Workplace Local - Missouri