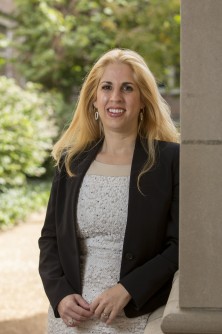 Newswise — The Great Recession, characterized by devastating mortgage defaults, has challenged the conventional wisdom that home ownership is a good investment, particularly for those with low and moderate incomes.

But the conventional wisdom on the benefits of owning vs. renting still holds when done right, according to a newly published study led by the Brown School’s Center for Social Development (CSD) at Washington University in St. Louis.

Homeowners with low and moderate incomes who participated in this study conducted between 2005-08 achieved higher net worth than their counterparts who rent.

“This research provides new and important evidence for the current policy debate on low-income homeownership programs,” says Michal Grinstein-Weiss, PhD, associate director of the CSD and associate professor at the Brown School.

The research, published in April in the journal Housing Policy Debate, documents a study measuring the impact of sustained homeownership on net worth. The study uses data from the Community Advantage Program, which awarded prime mortgages to those who otherwise would only qualify for subprime mortgages.

The Community Advantage Program is made possible through a partnership between the Center for Community Capital at the University of North Carolina at Chapel Hill (a leading research and policy organization), Self-Help (a leading Community Development Financial Institution), the Ford Foundation, and Fannie Mae.

Grinstein-Weiss led a team of researchers who examined data from those who received these prime mortgages, as well as a group of renters in the same income bracket. Her team – Clinton Key and Shenyang Guo, PhD, of the University of North Carolina; Yeong Hun Yeo, PhD, of Jeonbuk National University in the Republic of Korea; and Krista Holub of the CSD – found evidence that low- and moderate-income homeowners experience greater short-run increases in net worth, assets and non-housing net worth than renters do.

“Our findings do not argue that all homeownership is beneficial, but rather that low-income homeowners with mortgages that are carefully underwritten with responsible terms, including low upfront costs and low interest rates – or what we like to call ‘responsible mortgages’ – can experience increased financial security and independence,” Grinstein-Weiss says.

The article points to skepticism that, although home equity represents a large amount of total wealth among the middle-class, potential benefits to low- and moderate-income homeowners are questionable due to challenging mortgage terms and lower home value and appreciation rate.

Grinstein-Weiss’ study addresses this skepticism by examining homeowners in this income bracket who have received “responsible mortgages” and comparing effects with a set of renters.

The study explores changes in five outcomes over a three-year period (2005-08): Total net worth, total assets, total debts, total liquid assets and total non-housing net worth. Over the three years, the homeowners in the study gained an average of $15,000 in total net worth, while the renters gained less than $11,000. Homeowners increased their total assets by $20,000 and total debt by $5,000, and those figures for renters were $15,000 and $4,500, respectively. Homeowners also showed greater increases in total liquid assets and total non-housing net worth, amounting to $3,660 and $3,036 higher, respectively, than renters’ increases.

These findings are particularly noteworthy because the period of the study coincides with the Great Recession. Low- and moderate-income households were most affected by the housing market downturn, however those involved with this study saw gains in net worth, indicating that homeownership may be “a pathway to asset security,” as Grinstein-Weiss puts it.

“Whereas paying rent guarantees a place to sleep, paying a monthly mortgage eliminates a portion of the principal of the loan, reducing debt and potentially increasing net worth,” she says.

A key element of the findings lies within the loan itself. The data shows evidence that a low-cost, low-interest mortgage can help households in the low- and moderate-income bracket build assets.

“Policymakers should note the loan characteristics offered by the program and consider policies that increase the number of quality affordable loan products on the market, particularly in low- and moderate-income communities,” Grinstein-Weiss says.

This study demonstrates that, with the right type of loan, even those with relatively few assets can begin to build their wealth. The security that comes from this increase in wealth may have great future bearing on these households’ ability to weather an unexpected major expense or loss of income.

This reaffirms that homeownership is a path that can lead to economic security.