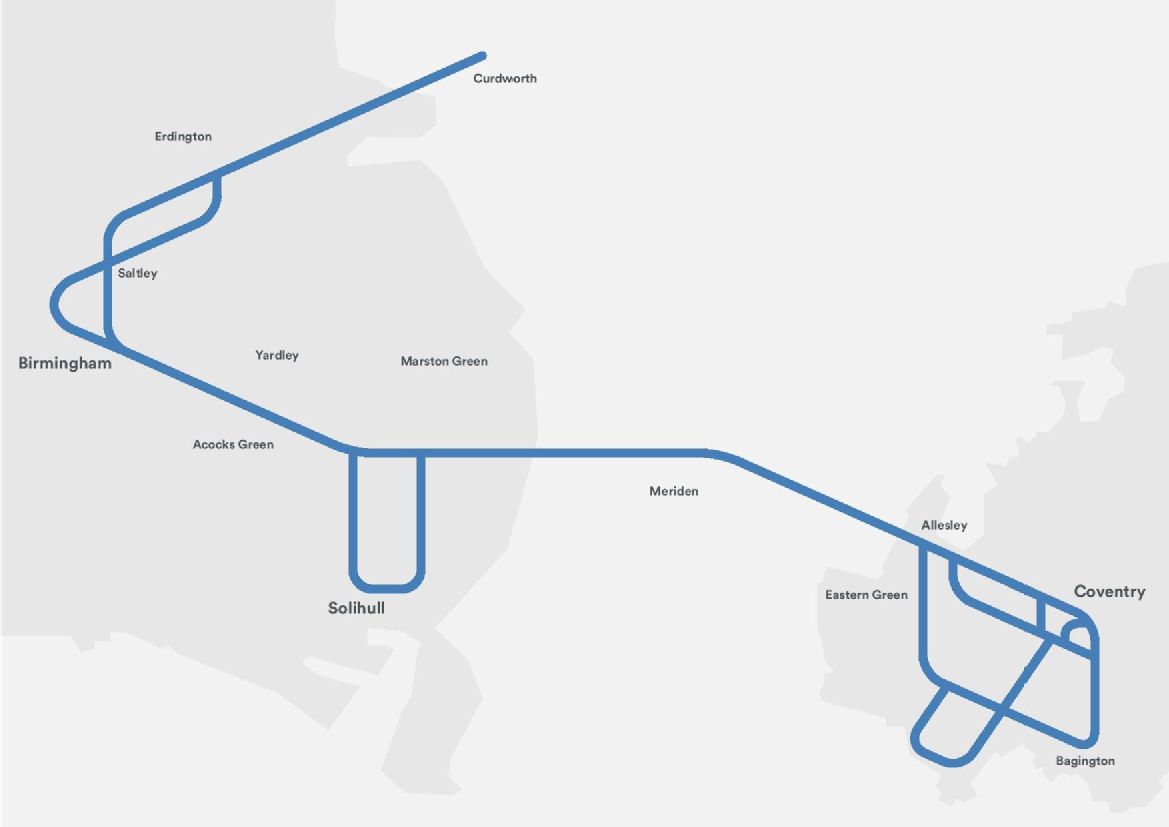 The route map from Coventry to Birmingham. 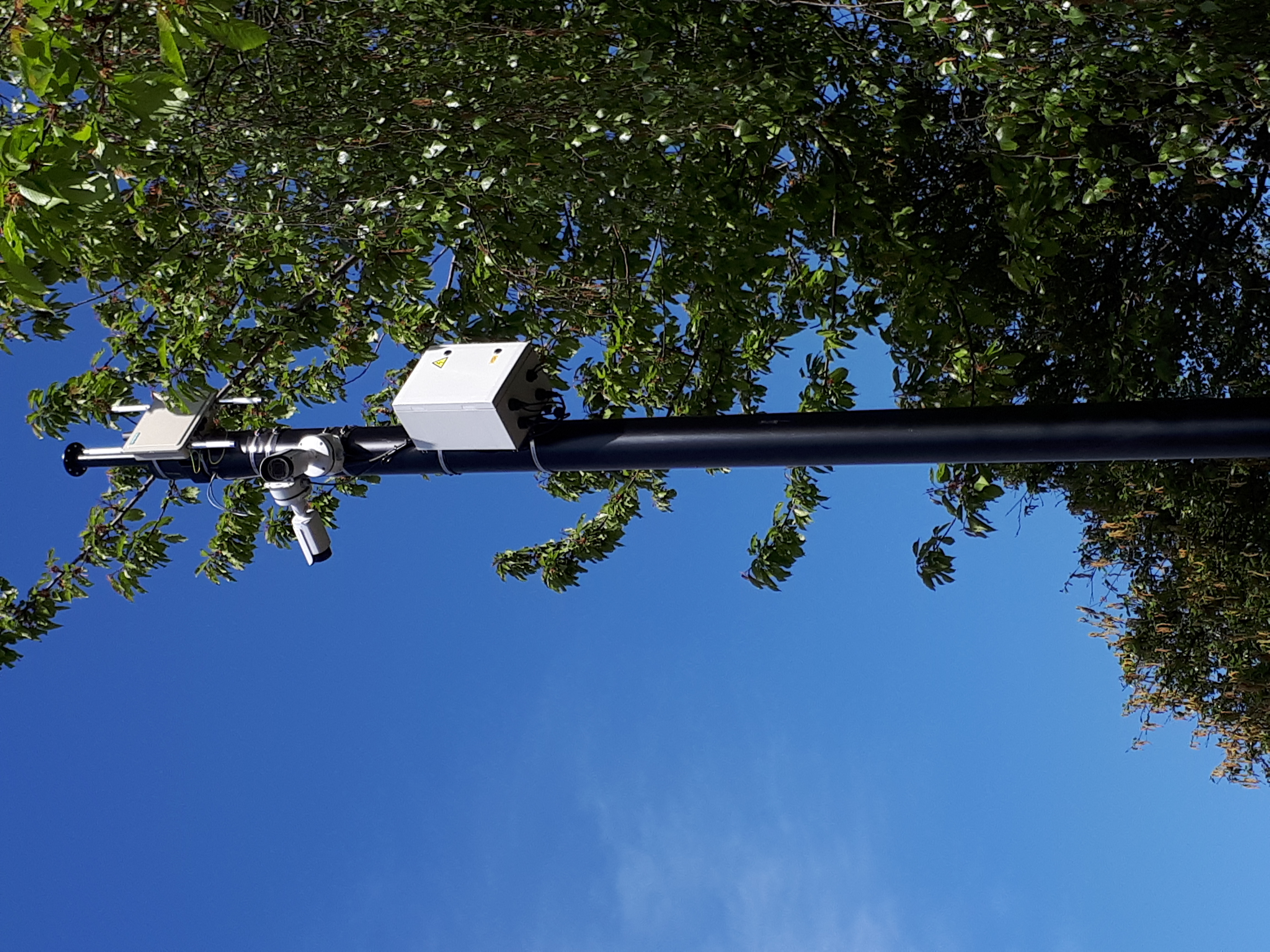 The cameras that can be seen along the MFM route 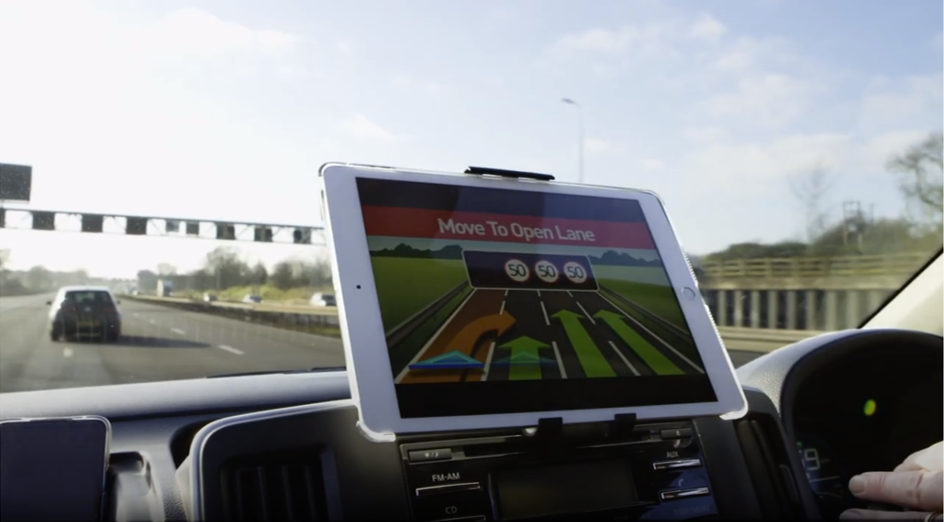 The inside of a car on the route

- Work has begun on phase one of the Midlands Future Mobility route, which will extend from Coventry to Birmingham through urban roads, inter-urban and, suburban roads taking in key interchanges such as Birmingham International Airport and the new HS2 Hub in the City.

- The route will be extended later in 2020 to 350km; to include rural and highway roads in the region

- The Midlands is a hub of transport innovation, attracting international companies to undertake R&D in the UK

Autonomous vehicles will be trialled along the Midlands Future Mobility route, the route has been developed by TfWM in collaboration with Coventry City Council, Birmingham City Council and Solihull Council and provides over 300km of inner city, suburban and rural roads from Coventry to Birmingham, on which to fully assess vehicle performance in a wide range of real world locations and situations.

The first types of vehicle to be trialled along the route will be “connected” vehicles. Connected vehicles can ‘talk’ to each other and warn of traffic, crashes and other hazards that other connected vehicles may have seen or be heading towards.

The vehicles on the Midlands Future Mobility route will not be driving themselves during the early stages of research, initially they will have a driver and occasionally a second person monitoring how the vehicles are working. All testing will be as safe if not safer than current vehicles on the road.

In the future autonomous vehicles will be trialled on the route, however these will also be closely monitored by safety operators ready to take over immediately in the event of a problem. These autonomous vehicles will appear gradually as more and more advanced “Driver Assistance” systems are tested paving the way, such as lane centring and auto-speed limiting technology.

The route itself causes no disruption to drivers or the homes along it, as it uses existing road infrastructure 95% of the time. Phase one of the route includes the University of Warwick, Coventry ring road, roads in Meriden, Solihull and central Birmingham around the Jewellery Quarter.

Later this year the route will be extended to include rural and highway roads and span up to 350km.

Project consortium member Costain and contractor Siemens Mobility have begun work on the route, which will officially open for trials later this year. Both firms, are of course, practicing social distancing in the construction of important technical features such as CCTV networks along the route.

“It is great to see that work has begun in making roads a more connected place, where drivers can make their journeys more safely and where goods can be delivered more efficiently.

“The West Midlands has a rich history of the automotive industry, and to see it is now progressing into Autonomous vehicles feels somewhat momentous.”

Mayor of the West Midlands Andy Street, who leads TfWM, said: “Connected and autonomous vehicle technology has the potential to radically change our lives, and I am pleased the West Midland is leading the way in this sector with research facilities and production plants already in place.

“I am determined our region will become a global leader in electric and autonomous vehicle technology, as I know we have the skills, facilities, and drive to compete with any other city or region in the world.

“Seeing our roads being used as a test bed for this new technology is both exciting and a step forward, and this vital research will help pave the way to bring key investment and jobs to the region as we look to bounce back from the COVID-19 crisis.”

“At Costain we’re excited about how our ambitious work together with our market leading partners in the Midlands is enabling safer, cleaner and faster journeys. Today is a key milestone in starting to deploy the advanced infrastructure technologies we’ve developed over the last couple of years that are putting the UK at the forefront of the global mobility revolution. The cameras and video analytics we’re deploying will, for example, save lives by enabling drivers to be alerted to hazards beyond the line of sight.”

“We are proud to have been contracted to undertake work on this project. With CAVs offering huge potential to improve safety, reduce congestion and help optimise traffic flow, this project is a further demonstration of the UK’s capabilities in this exciting and fast-moving sector. It allows us collectively to demonstrate how smart technology enables vehicles to be connected via high-speed, high-capacity wireless infrastructure across a whole road network.”

Midlands Future Mobility is part of CAM Testbed UK, six core facilities within a three-hour drive offering a comprehensive set of capabilities for the testing and development of connected and automated mobility (CAM) technologies. Funded by the Centre for Connected and Autonomous Vehicles and coordinated by Zenzic, CAM Testbed UK is able to offer interoperability to customers that is unrivalled worldwide.

Caption: The route map from Coventry to Birmingham.

Caption: The cameras that can be seen along the MFM route

Caption: The inside of a car on the route