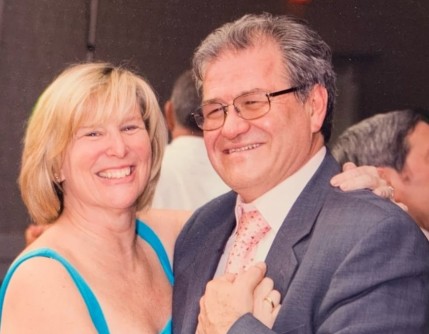 “As a devoted wife and mother, Carol continuously exuded unconditional love for her family, and she often put the needs of others before her own,” said Dr. O’Neill. “She was a talented nurse, but set that aside to raise our children, Brian, Kate, Julie and Molly. When they were all grown, she returned to nursing, which she loved, as a research nurse in the Structural Heart Disease program at Henry Ford. My kids and I decided to establish the Carol S. O’Neill Structural Heart Disease Research Fund to honor her memory and the research area she was passionate about. This fund is an emblem of the selfless, loving person she was, and it will ultimately help save lives.”

The Heart & Vascular Institute at Henry Ford is a leader and innovator in comprehensive care, research and education, and one of the nation’s largest and most successful heart failure and transplant programs.

As director of the Center for Structural Heart Disease, which is within the Heart & Vascular Institute, Dr. O’Neill has been at the forefront of many major interventional cardiology advancements, including pioneering the use of angioplasty for the treatment of heart attacks, developing catheter-based treatments for structural heart disease, and leading the National Cardiogenic Shock Initiative to organize new protocols for treating cardiogenic shock, a deadly side-effect of massive heart attacks. Structural heart disease refers to defects or disorders of the heart’s structure that are present at birth or develop later, such as valves that do not open and close properly, narrowing of the passages in the heart, or a hole in the wall between the chambers of the heart.

“As a pioneer in the world of interventional cardiology and structural heart disease, Dr. O’ Neill is an internationally recognized leader and his dedication to helping others cannot be overstated,” said Adnan Munkarah, M.D., chief clinical officer of Henry Ford Health System. “With this gift, he is expanding that impact even further. We are so deeply appreciative of Dr. O’Neill’s many contributions, not only as a prolific clinician and researcher, but now also as a philanthropist committed to advancing a cause that is very near to his and our hearts.”

The advanced research of the Heart & Vascular Institute is strengthened by the support of those who give with the hope of improving the lives of everyone affected by cardiovascular disease.

“We are incredibly grateful for Dr. O’Neill’s generous support of our Edith & Benson Ford Heart & Vascular Institute in honor of his wife, Carol S. O’Neill,” said Mary Jane Vogt, executive vice president and chief development officer at Henry Ford Health System. “The research and innovations of our Heart & Vascular Institute, many of which have been led by Dr. O’Neill himself, have already touched the lives of countless people around the world. Through this gift, that impact will be amplified and honor Carol’s legacy in a way that will greatly benefit generations to come.”