Worship Is Good for Your Health 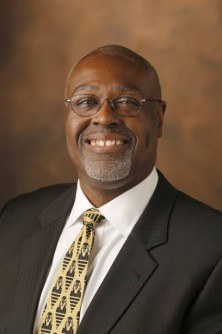 Newswise — People who attend services at a church, synagogue or mosque are less stressed and live longer, according to new research from Vanderbilt University.

“Sometimes in health science we tend to look at those things that are always negative and say, ‘Don’t do this. Don’t do that,’” said Marino Bruce, a social and behavioral scientist and associate director of the Center for Research on Men's Health at Vanderbilt and an ordained Baptist minister.

The new research findings, however, are “encouraging individuals to participate in something,” he said.

According to the study, middle-aged (ages 40 to 65) adults – both men and women -- who attend church or other house of worship reduce their risk for mortality by 55 percent.

“Our findings support the overall hypothesis that increased religiosity – as determined by attendance at worship services – is associated with less stress and enhanced longevity,” said Bruce, a research associate professor of medicine, health and society at Vanderbilt. He is also a Baptist minister.

“We’ve found that being in a place where you can flex those spiritual muscles is actually beneficial for your health,” Bruce said.

The study, Church Attendance, Allostatic Load and Mortality in Middle-Aged Adults, was published May 16 in PLOS ONE, a multidisciplinary open access journal, using data from the National Health and Nutrition Examination Survey (NHANES), collected by the Centers for Disease Control and Prevention’s National Center for Health Statistics. The data are available to the public. Bruce is the main author of the study with Keith Norris, professor of medicine at the David Geffen School of Medicine at UCLA. There are nine other co-authors.

Of the 5,449 people of all races and both sexes who were surveyed, 64 percent were regular worshipers, Bruce said. Non-worshipers had significantly higher overall allostatic load scores and higher prevalence of high-risk values for three of the 10 markers of allostatic load than did church-goers and other worshipers.

The effects of attendance at worship services remained after education, poverty, health insurance and social support status were all taken into consideration, Bruce said. The study did not address the effects of frequency of worship.

“We found that they go to church for factors beyond social support,” Bruce said. “That’s where we begin to think about this idea of … compassionate thinking, that we’re … trying to improve the lives of others as well as being connected to a body larger than ourselves.”