WTF, when will scientists learn to use fewer acronyms? 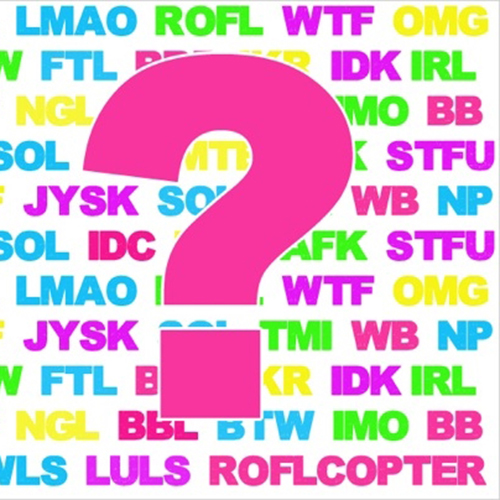 An increasing use of acronyms in scientific literature is making science less accessible and more confusing, say Australian researchers

Newswise — Have you heard of DNA? It stands for Do Not Abbreviate apparently. Jokes aside, it’s the most widely used acronym in scientific literature in the past 70 years, appearing more than 2.4 million times.

The short form of deoxyribonucleic acid is widely understood, but there are millions more acronyms (like WTF: water-soluble thiourea-formaldehyde) that are making science less useful and more complex for society, according to a new paper released by Australian researchers.

Queensland University of Technology (QUT) Professor Adrian Barnett and Dr Zoe Doubleday from the University of South Australia (UniSA) have analysed 24 million scientific article titles and 18 million abstracts between 1950 and 2019, looking for trends in acronym use.

Despite repeated calls for scientists to reduce their use of acronyms and jargon in journal papers, the advice has been largely ignored, their findings show in a paper published in eLife.

Many of the 1.1 million unique acronyms identified in the past 70 years are causing confusion, ambiguity and misunderstanding, making science less accessible, the researchers say.

“For example, the acronym UA has 18 different meanings in medicine, and six of the 20 most widely used acronyms have multiple common meanings in health and medical literature,” according to Dr Zoe Doubleday.

“When I look at the top 20 scientific acronyms of all time, it shocks me that I recognise only about half. We have a real problem here.”

Prof Barnett says the use of acronyms in titles has more than trebled since 1950 and increased 10-fold in scientific abstracts in the same period.

“Strikingly, out of the 1.1 million acronyms analysed, we found that two per cent (about 2,000) were used more than 10,000 times,” he says. “Even when the 100 most popular acronyms were removed, there was still a clear increase in acronym use over time.”

Entrenched writing styles in science are difficult to shift and excessive acronym use points to a broader communication problem in science, Dr Doubleday says, but journals could help stem the trend by restricting the number of acronyms used in a paper.

“In the future it might be possible – software permitting – for journals to offer two versions of the same paper, one with acronyms and one without, so that the reader can select the version they prefer.”

“Meta-Research: The growth of acronyms in the scientific literature” is available at: https://elifesciences.org/articles/60080