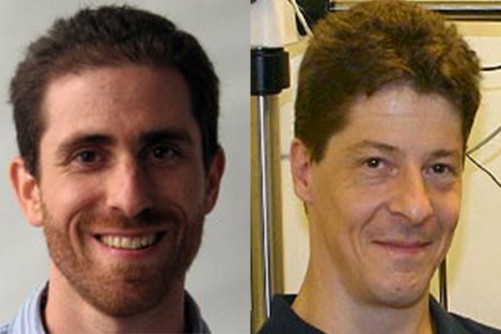 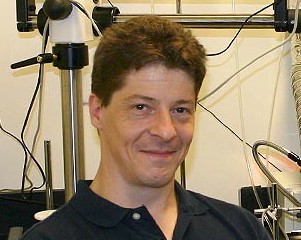 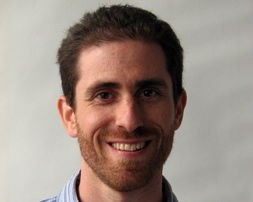 Newswise — MORGANTOWN, W.Va.— As humans walk and talk, we sense our own movements or sounds. Yet, we can distinguish our actions from everything else in our environment that affects our senses.

When our nervous systems send motor commands to our muscles, they also send a copy of that motor command, called a corollary discharge, to networks in our brains that process sensory information. This approach allows networks to differentiate self-generated sounds produced by moving from sound generated by other sources.

Though this process has been studied extensively for senses like sight and hearing, almost nothing is known about how corollary discharge functions for the sense of smell.

West Virginia University biologists Kevin Daly and Andrew Dacks are working to uncover this mystery. Funded by a four year, $1.4 million Air Force grant, Daly and Dacks are studying an animal with one of the most sensitive senses of smell—moths.

In collaboration with Mark Willis from the Department of Biology at Case Western Reserve University, Daly and Dacks will examine how moths’ wing-beating circuitry communicates with the olfactory system and how that communication impacts odor-guided behaviors.

Moths pull odor-laden air over their antennae with every wing beat, a similar process to sniffing.

“In an earlier study, we put a minute sample of odor on filter paper, placed it in a wind tunnel and watched moths fly right up the plume and find the odor source. It was just a striking epiphany for me when I realized how sensitive these animals were,” said Daly, a professor and neuroscientist in the Department of Biology. “What we put on that filter paper was just a few nanograms of material. The fact that the moths will fly upwind to that material even when there are just minuscule amounts of odor present is astonishing. That’s how I got into olfactory behavior.”

Because moths have far fewer neurons than humans, their nervous systems are much easier to understand.

“The big advantage is that moths have a small nervous system to work with. Their brains are way less complex. Yet, they are champions at certain things. Chess? Not so much. But, at finding odors—these things are amazing. They can go a long distance and find things based on a few molecules of odorant,” said Dacks, an assistant professor and neuroscientist in the Department of Biology. “Tell me a technology that we have that can detect chemicals from that kind of distance with that kind of efficiency and sensitivity.”

This fundamental research has the potential to reveal principles of sensory motor coordination and guide the design of applications and technologies ranging from sensor systems for drones to prosthetic limbs.

To read the first publication from this study, visit http://rspb.royalsocietypublishing.org/content/284/1859/20170339.