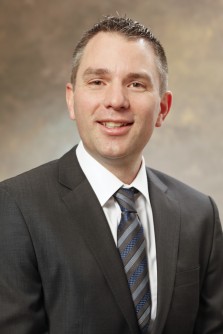 Newswise — The American Cancer Society, the largest non-government, not-for-profit funding source of cancer research in the United States, has approved funding of a new research grant totaling $792,000 to a researcher at Yale University. The grant is among 109 national research and training grants totaling more than $45 million that will fund investigators at 75 institutions across the United States; 102 are new grants while seven are renewals of previous grants. The grants go into effect July 1.

Ryan B. Jensen, Assistant Professor of Therapeutic Radiology at Yale School of Medicine, will begin work on his project titled, “Elucidating Cancer Risk in Homology-Directed Repair Variants.” According to a news release from the cancer society, Jensen’s lab is working to understand how failures in DNA repair contribute to both cancer risk and improved treatment strategies. Their focus has been on genes involved in repair of DNA double-strand breaks, such as BRCA2, which when inherited in a mutant form predisposes an individual to high-risk for breast, ovarian, and other epithelial cancers. Understanding how these genes function in DNA repair may pave the way for not only understanding how cancer cells initiate, but may also reveal clues on how to stop tumors from progressing.

Read the full article from the CT Post at http://www.ctpost.com/local/article/Yale-researcher-gets-792-000-grant-from-cancer-11115849.php