Youth Cyberbullying Among Current or Former Friends and Dating Partners 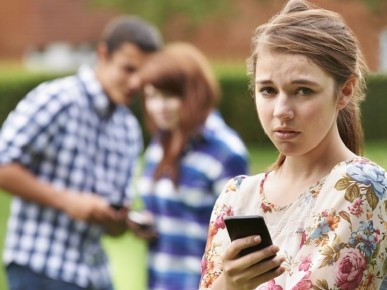 Newswise — Youth cyberbullying is dramatically more likely to occur between current or former friends and dating partners than between students who were never friends or in a romantic relationship.

“A common concern regarding cyberbullying is that strangers can attack someone, but here we see evidence that there are significant risks associated with close connections,” said Diane Felmlee, the lead author of the study and a professor of sociology at Pennsylvania State University. “The large magnitude of the effects of close relationships on the likelihood of cyberbullying, even after controlling for many other factors, was particularly surprising.”

The study found that the likelihood of cyberbullying — which the study authors also refer to as cyber aggression, defined as electronic or online behavior intended to harm another person psychologically or damage his or her reputation — was approximately seven times greater between current or former friends and dating partners than between young people who had neither been friends nor had dated.

In a section of the survey that allowed students to describe the nature of their cyber aggressive interactions, LGBTQ students reported being called homophobic slurs and, in at least one case, unwillingly having their sexual identities revealed to others. Overall, incidents of cyber aggression ranged from threats and the posting of embarrassing photos and nasty rumors to criminal activities such as identity theft and physical relationship violence that the attacker posted about online.

Felmlee and co-author Robert Faris, an associate professor of sociology at the University of California-Davis, found that approximately 17.2 percent of students had been involved with cyberbullying within a week of their having been surveyed — 5.8 percent were purely victims, 9.1 percent were solely aggressors, and 2.3 percent were both. In most cases, the cyber aggression occurred over Facebook or text message.

The researchers also found that certain types of students were much more likely than others to be victimized. For example, girls were twice as likely as boys to fall victim to cyber aggression. “In spite of societal progress regarding gender inequality, there remains a tendency to attribute lower levels of esteem and respect to females in our society, including within schools,” Felmlee said. “Males tend to dominate powerful positions within schools, and traditional, male sports often gain greater attention than those in which females participate. Cyber aggression towards girls may be in part an attempt to keep girls ‘in their places.’”

“Our study calls attention to the role of cyber aggression within close relationships, and we hope that bullying prevention programs will incorporate these findings into their curricula, particularly through the development of interventions to help heal or resolve toxic, abusive relationships among teens,” Felmlee said.