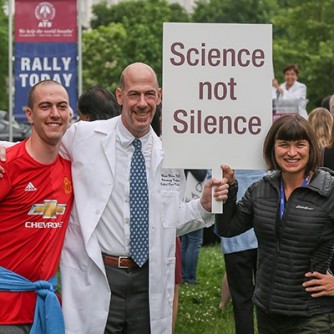 Newswise — Oct. 31, 2017 -- Today the EPA announced a new policy regarding who can serve on the agency’s scientific advisory boards. In earlier comments, EPA Administrator Scott Pruitt had questioned the “independence, and the veracity and the transparency of those recommendations that are coming our way” from scientists who have received EPA research funding.

By purging the EPA’s Scientific Advisory Board of established academics, Administrator Pruitt will instead rely on the advice of industry scientists and “researcher for hire” academics, who have a long history of working for industry interests.  The American Thoracic Society is greatly concerned that Administrator Pruitt is intentionally silencing independent voices that can use data-supported facts to stand up to an Administration that would put the interest of profit before the health of the environment and the health of all Americans.

ATS President Marc Moss, MD, said, “I take great exception to Administrator Pruitt questioning the ‘veracity’ of EPA-funded scientists.  Many ATS members are respected academics who have successfully competed for EPA funding and were awarded grants based on the scientific rigor of their research, which helps answer questions about how environmental exposures affect human health.  EPA grant proposals are externally reviewed and highly competitive.  To suggest that being a successful scientist now impugns your integrity and your ability to provide scientific advice, and that, instead, representatives of polluting industries should advise the EPA, turns the concept of conflict of interest on its head.”

Dr. Moss added, “Administrator Pruitt’s new policy will not improve the scientific advice the EPA receives, but rather silence the input of scientific experts on pressing environmental issues that affect our health.”