It also Increases Medical Care Costs and Use of Welfare 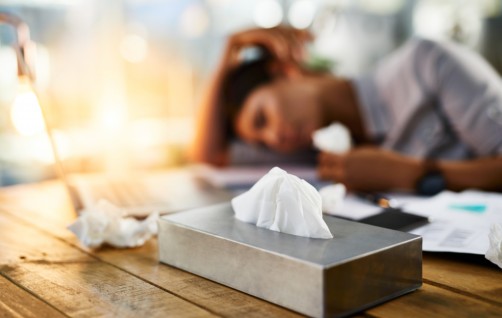 Newswise — Research conducted by Florida Atlantic University and Cleveland State University has, for the first time, quantified the relationship between the lack of paid sick leave and poverty in the United States. The data indicates that, even when controlling for education, race, sex, marital status and employment, working adults without paid sick leave are three times more likely to have incomes below the poverty line.

“Numerous studies have shown the negative effects lack of paid sick leave has on society, but this is the first time a direct correlation has been observed between the absence of these benefits and the incidence of poverty,” said Patricia Stoddard Dare, Ph.D., associate professor of social work at Cleveland State. “This adds to the growing body of evidence that paid sick leave is a key factor in health care affordability and economic security.”

Studies published in two academic, peer-reviewed journals, Social Work in Health Care and the American Journal of Orthopsychiatry, utilized data collected from the 2015 National Health Interview Survey to assess the effect of no paid sick leave on two key indicators of poverty, income and the need to utilize welfare services. On top of being three times more likely to live below the poverty line, working adults between the ages of 18 and 64 were also nearly 1.5 times more likely to receive income support from state and county welfare programs and nearly 1.4 times more likely to receive food stamps.

The authors argue that the main reason for these correlations are the higher cost of medical expenses, lack of preventive care and missed wages incurred by individuals and families who do not have paid sick leave benefits.

“Paid sick leave benefits serve as a structural mechanism for preventing working families from becoming the working poor,” says LeaAnne DeRigne, Ph.D., associate professor of FAU’s Phyllis and Harvey Sandler School of Social Work. “Given the public investments made in welfare, food stamps and other social services, mandating paid sick leave is a clear policy lever for reducing the need for these services among millions of individuals nationally.”

The journal articles were co-authored by Christopher Mallett, Ph.D., professor of social work, and Linda Quinn, Ph.D., senior lecturer in mathematics, both at Cleveland State University.

Founded in 1964, Cleveland State University is a public research institution that provides a dynamic setting for Engaged Learning. With 17,000-plus students, ten colleges and schools and more than 175 academic programs, CSU was again chosen for 2018 as one of America’s best universities by U.S. News & World Report. Find more information at www.csuohio.edu.