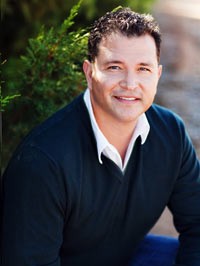 On Sunday (July 23), San Antonio police found 38 people, including two school-aged children, in the back of a brutally hot semi-truck in one of the worst recent cases of human smuggling. Eight people were already dead. The 30 survivors suffered heatstroke and dehydration, many to the extent of what the city’s fire chief called “irreversible brain damage.” One of the injured later died at the hospital.

San Antonio Police Chief William McManus said on Monday (July 24) that, although there were survivors in this case, similar incidents in which there are no survivors are all too frequent – a viewpoint seconded by a Texas Tech University immigration expert.

Miguel Levario, an associate professor in the Texas Tech University Department of History, specializes in U.S. history, borderlands history, race, immigration and Chicana/Mexican-American history. His book, “Militarizing the Border: When Mexicans Became the Enemy,” explains current tensions and controversy over immigration and law enforcement issues centered on the U.S.-Mexico border.