‘Strongest evidence yet’ that being obese causes depression 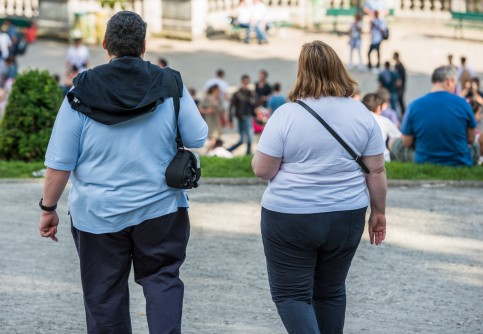 Newswise — New research released today from the University of South Australia and University of Exeter in the UK has found the strongest evidence yet that obesity causes depression, even in the absence of other health problems.

The research, published in the International Journal of Epidemiology, shows that the psychological impact of being overweight causes depression, rather than associated illnesses such as diabetes.

Researchers looked at UK Biobank data from more than 48,000 people with depression, comparing them with a control group of more than 290,000 people born between 1938 and 1971, who provided medical and genetic information.

Hospital data and self-reporting were used to determine whether people had depression.

Director of the Australian Centre for Precision Health, UniSA Professor Elina Hypponen, who co-led the study, said the team took a genomic approach to their research.

“We separated the psychological component of obesity* from the impact of obesity-related health problems using genes associated with higher body mass index (BMI), but with lower risk of diseases like diabetes,” Prof Hypponen says.

“These genes were just as strongly associated with depression as those genes associated with higher BMI and diabetes. This suggests that being overweight causes depression both with and without related health issues – particularly in women.”

At the other ends of the BMI spectrum, very thin men are more prone to depression that either men of normal weight or very thin women.

“The current global obesity epidemic is very concerning,” Prof Hypponen says. “Alongside depression, the two are estimated to cost the global community trillions of dollars each year.

“Our research shows that being overweight doesn’t just increase the risks of chronic diseases such as cancer and cardiovascular disease; it can also lead to depression,” Prof Hypponen says.

The UK Biobank is a study of 500,000 individuals aged between 37 and 73 years recruited from across the UK between 2006-2010. Genetics are available for all individuals.

*Obese individuals are classified as people with a body mass index (BMI) greater than 30 kg/m². BMI is calculated by dividing your weight in kilograms by your height, in metres squared.