Newswise — A new “buddy system” of nursing education — in which two students work together as one nurse to share ideas, set priorities and make clinical decisions for patient care in the “real world” of nursing — is effective, according to a study by Baylor University’s Louise Herrington School of Nursing in Dallas.

Findings about the “Two Heads Are Better than One” nurse education strategy — dubbed 2HeadsR>1 for short and piloted by Louise Herrington School of Nursing in 2017 — are published in the Journal of Nursing Education.

“We came up with this idea — “Two Heads Are Better than One” — because we wanted our students to have a more realistic experience in simulation, but not overwhelm them by asking them to work alone. Having the two students act as one nurse forces them to stick together and prioritize,” said Jeanne Carey, R.N., certified healthcare simulation educator and director of simulation at Louise Herrington. “Prioritization is something they had struggled with, but it’s one of the most important skills they will need when they graduate and start practicing as a nurse.”

In the traditional “divide and conquer” method of role assignment in simulation, multiple students are assigned specific nursing duties, such as medication administration, assessment, procedures or documentation. But students had challenged that approach, saying it is not a realistic representation of a nurse’s actual workload.

"Nurses need to multi-task, and it's difficult to compartmentalize their duties," Carey said. “Even if time allowed, students are reluctant to act independently during simulation scenarios. Their inexperience causes anxiety, which inhibits learning.”

With that in mind, Baylor nursing educators introduced two-person teams using a “Think Aloud” method. They are not allowed to be in two places at one time or to simultaneously engage in more than one task. They discuss differing opinions, use critical thinking and come to an agreement on the best plan of care for their simulated patients, which are high-fidelity mannequins able to “breathe,” “blink” and even give birth.

Carey said that while the concept of Two Heads Are Better than One originated in the early 1900s and has been used in a variety of fields, her research found no instance of its use in nursing simulation or any other health care simulation-based education activities.

“No one else was doing this,” she said. “But we felt that the approach had the cognitive science behind it. The 2HeadsR>1 strategy garners credibility from the research done on collaborative cognition. Two people working together will oftentimes outperform either one working independently. And as we watched our students using our method of role assignment, we became more and more excited. The impact on student learning exceeded our expectations.”

The responses in follow-up surveys of students and educators has been “overwhelmingly positive,” Carey said. In post-simulation evaluations, students reported less anxiety and more confidence because they had a peer at their side. Educators reported more robust debriefing sessions. By giving a “Think Aloud” directive — “We want students to talk openly, freely and loudly” about their rationales for decisions — educators can determine when, how and why students’ clinical reasoning was on target and when it went astray, Carey said.

Baylor's Louise Herrington School of Nursing introduced the 2HeadsR>1 strategy in the fall 2017 semester, with 295 undergraduates participating in 39 scenario simulations in medical-surgical nursing, pediatric nursing and mental health nursing. Clinical faculty and simulation educators opted to continue this method during the spring 2018 semester and added community health simulation activities. At the time of the study, 950 students had taken part in 119 activities, and the numbers continue to climb, Carey said.

Students come to the simulation center once during each clinical rotation, and over the course of four hours, a group is divided into two-person teams that care for a simulated patient, such as child who experienced a seizure. The scenario is divided into stages and the pairs rotate in and out of the nurse role. When they are not actively participating in the scenario, the students follow the action via live video streaming from a nearby classroom. This allows the subsequent pairs to pick up where the previous team left off.

“We’ve had instances where a follow-up team asks, ‘Can we go back in time about 10 minutes? Because we would have made a different decision at that point,’” Carey said. “Because this is simulation and we can manipulate the environment, I usually say ‘Yes.’ That makes my day, because it tells me they’re being observant observers and using their clinical decision-making skills.”

Educators watch and listen from a control room just outside the simulation lab.

If they see that a student’s thinking is leading the pair in the wrong direction, they have several options: they can allow the situation to unfold so that students can experience the consequences of their actions; stop the scenario and explore where the students’ thinking went awry; or enter the scenario as an embedded participant to offer cues or clarification.

“We all know errors happen, but we’re trying to cut down on the number of times they happen in nursing care,” Carey said. “The goal of teamwork and collaboration with other medical professionals speaks directly to that. It’s part of your role as a nurse to speak up if you think something is being overlooked.

“In real life, we don’t get do-overs — although we can take what we’ve learned and apply it in the future. But in simulation, it’s OK to make a mistake,” she said. “We can explore the reasons behind the mistake in the debriefing.   We give pats on the back or acknowledge what went well, but we also challenge the students to honestly critique one another’s performance during the simulation. If you see someone doing something unsafe, you owe it to the patient and the profession to speak out.”

Besides increasing confidence and lessening anxiety for students as they progress through training and begin their nursing careers, other benefits of the 2HeadsR>1 strategy include that additional training for simulation facilitators is minimal; students acclimate to the method quickly; and the approach requires no additional funding, Carey said.

“Whether you’ve been in practice for five days or five years or 25 years, you’ve got to be comfortable knowing there will be times when you are unsure. Can you recognize those times when you need help? Are you willing to admit that to yourself and others? And can you choose the appropriate resource for getting that help?” Carey said. “After you graduate, it’s important to know what to do when you don’t know what to do.”

Future research which could be valuable would be to compare before-and-after assessments of students who have trained using the 2HeadsR>1 strategy with those who used the traditional methods of role assignment, Carey said. It also would be beneficial to follow up with nursing school graduates and assess how the 2HeadsR>1 strategy impacted their view on teamwork and whether it fostered a willingness to collaborate with others as they began their careers.

ABOUT LOUISE HERRINGTON SCHOOL OF NURSING

The Baylor University Louise Herrington School of Nursing (LHSON) in Dallas was established in 1909 as a diploma program within Baylor Hospital in Dallas, now Baylor University Medical Center, and in 1950 became one of the six degree-granting schools of Baylor University. The first Baccalaureate degrees were granted in 1950 establishing the school among the earliest baccalaureate nursing programs in the United States. In 1999, the School was renamed the Baylor University Louise Herrington School of Nursing after Louise Herrington Ornelas, a 1992 Baylor Alumna Honoris Causa, who made an endowment gift to the school. Accredited by the Commission on Collegiate Nursing, LHSON offers Bachelor of Science in Nursing (B.S.N.) degrees through a traditional program and FastBacc (one-year accelerated program). LHSON also offers an online Master of Science in Nursing (M.S.N.) Leadership and Innovation program, as well as Doctor of Nursing Practice (D.N.P.) programs to include Family Nurse Practitioner (F.N.P.), Nurse-Midwife (C.N.M.) and Neonatal Nurse Practitioner (N.N.P.). LHSON was featured in U.S. News & World Report for the 2018 Best Graduate Schools ranking the D.N.P. program in the top 50 U.S. nursing schools at No. 46. The Baylor M.S.N. program is ranked at No. 56 and the Nurse Midwifery Program ranked No. 10. Baylor’s M.S.N. in Nursing Leadership and Innovation Online Program ranked No. 39 in the 2018 U.S. News Best Online Graduate Programs. For more information, www.baylor.edu/nursing. 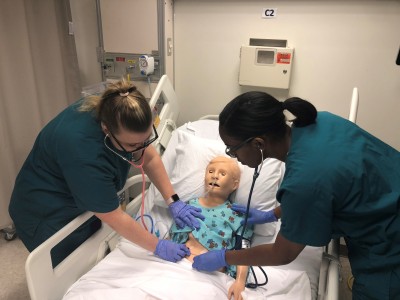 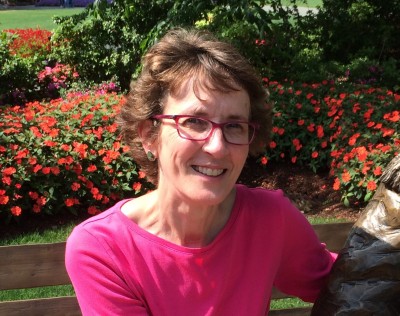