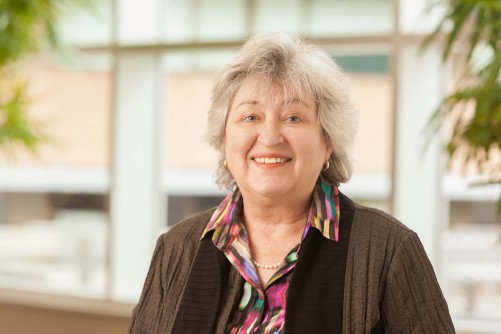 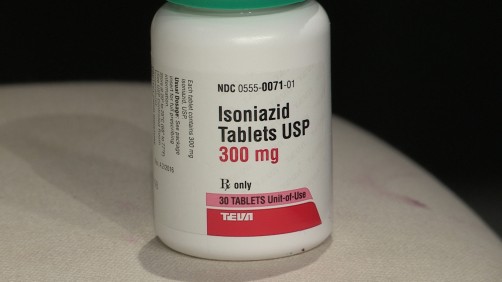 A photo of a bottle of Isoniazid, one of the antibiotics used in the study, is attached. Researchers showed antibiotics rifapentine and isoniazid taken for four weeks was as effective and safe as the standard nine-month regimen of daily isoniazid.

Newswise — A one-month antibiotic regimen to prevent active tuberculosis (TB) disease was at least as safe and effective as the standard nine-month therapy for people living with HIV, according to results of a large international clinical trial.

Adults and adolescents in the trial were more likely to complete the short-course regimen consisting of daily doses of the antibiotics rifapentine and isoniazid for four weeks than the standard nine-month regimen of daily isoniazid.

Susan Swindells, M.B.B.S., University of Nebraska Medical Center Department of Internal Medicine professor and medical director of the HIV Clinic, is lead author of the study.

“I have spent my whole career trying to help people, and it has been incredibly rewarding,” Dr. Swindells said. “With this trial though, we may be able to help literally millions of people. Our results will change treatment guidelines on a global scale, and we hope it will make it much easier for many more people to get treatment for TB infection. Our findings will benefit people in Nebraska and around the world.”

Richard E. Chaisson, M.D., professor of medicine, epidemiology and international health at Johns Hopkins University and co-chair of the trial, presented the findings March 5 at the 2018 Conference on Retroviruses and Opportunistic Infections in Boston. Dr. Swindells and UNMC colleagues Courtney Fletcher, Pharm.D., and Anthony Podany, Pharm.D., also will be at the conference.

“Globally, tuberculosis kills more people than any other infectious disease, and it is the leading cause of death for people living with HIV,” said NIAID Director Anthony S. Fauci, M.D. “These results have the potential to dramatically change clinical practice by offering people living with HIV who are at risk of developing active tuberculosis an additional, shorter-duration prevention option that is safe, effective and more convenient. This study also will inform future research on prevention of tuberculosis disease among HIV-negative people at risk for developing active tuberculosis.”

A person with latent TB is infected with tuberculosis-causing bacteria but does not have any symptoms of the disease. Among people with latent infection, the treatment recommendation is TB prophylaxis for adults and adolescents living with HIV who have either had a positive test for latent TB or have an unknown TB status and who do not have active TB.

HIV infection is the greatest risk factor for progression to active TB disease. Skin or blood tests can detect latent TB infection, but may not be readily available in resource-limited areas. WHO guidelines recommend TB prophylaxis for adults and adolescents living with HIV who have either had a positive test for latent TB or have an unknown TB status and who do not have active TB.

Prophylactic antibiotic therapy to stop active TB from developing is effective, but current preventive regimens are lengthy, can be difficult for people to complete, and carry the risk of side effects such as liver damage. A six-to nine-month course of daily isoniazid has been the standard in many TB-endemic countries, although WHO recommendations include different options ranging up to 36 months in length for people living with HIV. Prior preclinical studies had suggested that an ultra-short course of treatment may be as effective as a longer regimen. Researchers suspected that it also may increase treatment adherence.

Between 2012 and 2014, the ACTG 5279 study enrolled 3,000 people 13 years of age and older living with HIV in Botswana, Brazil, Haiti, Kenya, Malawi, Peru, South Africa, Thailand, the United States and Zimbabwe. Participants either lived in an area with a high TB burden or had had a skin or blood test indicating latent TB infection. When they entered the study, approximately half of participants were taking antiretroviral therapy to treat their HIV.

At the time of study enrollment, decisions on when to start antiretroviral therapy typically were based on a person’s CD4+ cell count — a measure of immune system health. Current WHO guidelines recommend that all people living with HIV begin antiretroviral treatment as soon as possible after diagnosis, regardless of CD4+ cell count.

Overall, TB incidence was lower than expected and was similar in both treatment arms, with 32 participants assigned to the one-month regimen and 33 to the nine-month regimen developing active TB disease. Regardless of treatment type, TB rates were higher among participants who were not on antiretroviral therapy at the start of the study and among those who had had a positive TB skin or blood test.

For participants with low CD4+ cell counts — indicating an immune system weakened by HIV infection — at the start of the study, more cases of active TB occurred among those receiving the short-course treatment compared to the standard regimen. However, this difference was not statistically significant, meaning it might have been due to chance.

Treatment adherence was significantly better for the shorter regimen. Nearly all (97 percent) of those assigned to the short-course therapy completed the full antibiotic course, compared to 90 percent of participants in the nine-month arm.

Reference: S Swindells et. al. One month of rifapentine/isoniazid to prevent TB in people with HIV: Brief-TB/A5279. Oral presentation at the 2018 Conference on Retroviruses and Opportunistic Infections, Boston, Ma.

Link to video and audio soundbites and B-roll: