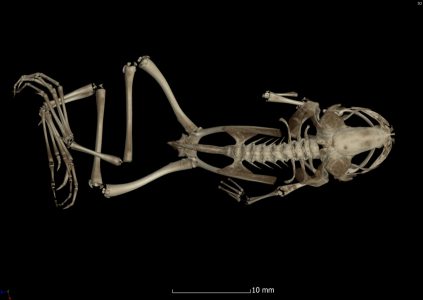 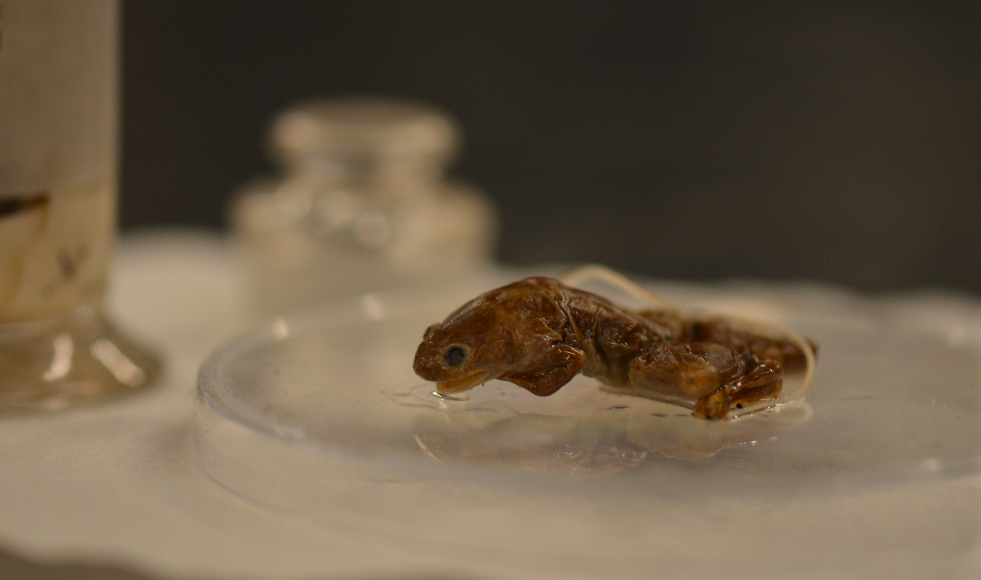 Newswise — An international team of scientists, led by researchers at McMaster University, has solved a centuries-old mystery of ‘Fraser’s Clawed Frog’, an unusual and elusive species found in West Africa.

The findings, published today in the journal PLOS ONE, dispel previous myths and shed new light on Xenopus fraseri including its geographic origin, evolutionary relationships, ecology, and distinctive species traits.

Two specimens of the frog, with a distinctive combination of four claws on the hind legs as well as small bony protrusions on the roof of their mouths known as vomerine teeth, were collected by British zoologist Louis Fraser in 1852 and housed at the Natural History Museum (NHM) in London.

In 1905, Fraser’s clawed frog was designated as a distinct species, but its place on the evolutionary tree, geographic distribution, and ecology has since stumped scientists —due to a lack of genetic samples and poor records of its origin.

“The ancient condition of the only two specimens available to us posed many challenges for understanding its distinctiveness using DNA and knowing exactly where they came from” explains Ben Evans, lead author of the study and a professor of biology at McMaster University.

“The accurate identification of species is so important because it allows us to study change in populations, better understand how evolution occurs, and explore the processes that drive diversification, extinction and adaption,” he says.

The team, which included researchers from the NHM, the Max Planck Institute in Germany and the University of Florida, used sensitive techniques –similar to approaches used to sequence the genomes of Neanderthals—to sequence the mitochondrial genome from the delicate specimens.

In addition, scientists sequenced complete or nearly complete mitochondrial genomes from 29 other Xenopus species, used high-resolution CT scanning to compare the internal and external anatomy of these and other specimens and, through intensive field work, managed to collect additional specimens of Fraser’s frog in several remote regions of West Africa.

By doing so, they determined Fraser’s Clawed Frog was indeed distinct from all others. And while it was previously thought to have lived in lowland tropical forests in West Africa, researchers found it actually inhabits the relatively hot and arid regions of northern Cameroon and northern Ghana.

“Obtaining DNA from specimens that have been preserved in spirit for well over a hundred years is something that has only become achievable in the last few decades.  The recent advances in DNA extraction and sequencing are allowing us to revisit specimens and challenge assumptions made in the past,” says Jeff Streicher, senior curator of amphibians and reptiles at the NHM.

In the summer of 2020, the team plans to travel to Nigeria to continue their efforts to understand biodiversity and genome evolution of African clawed frogs.

Attention editors: A copy of the study can be downloaded at this link when the embargo lifts: