A targeted treatment for emphysema? 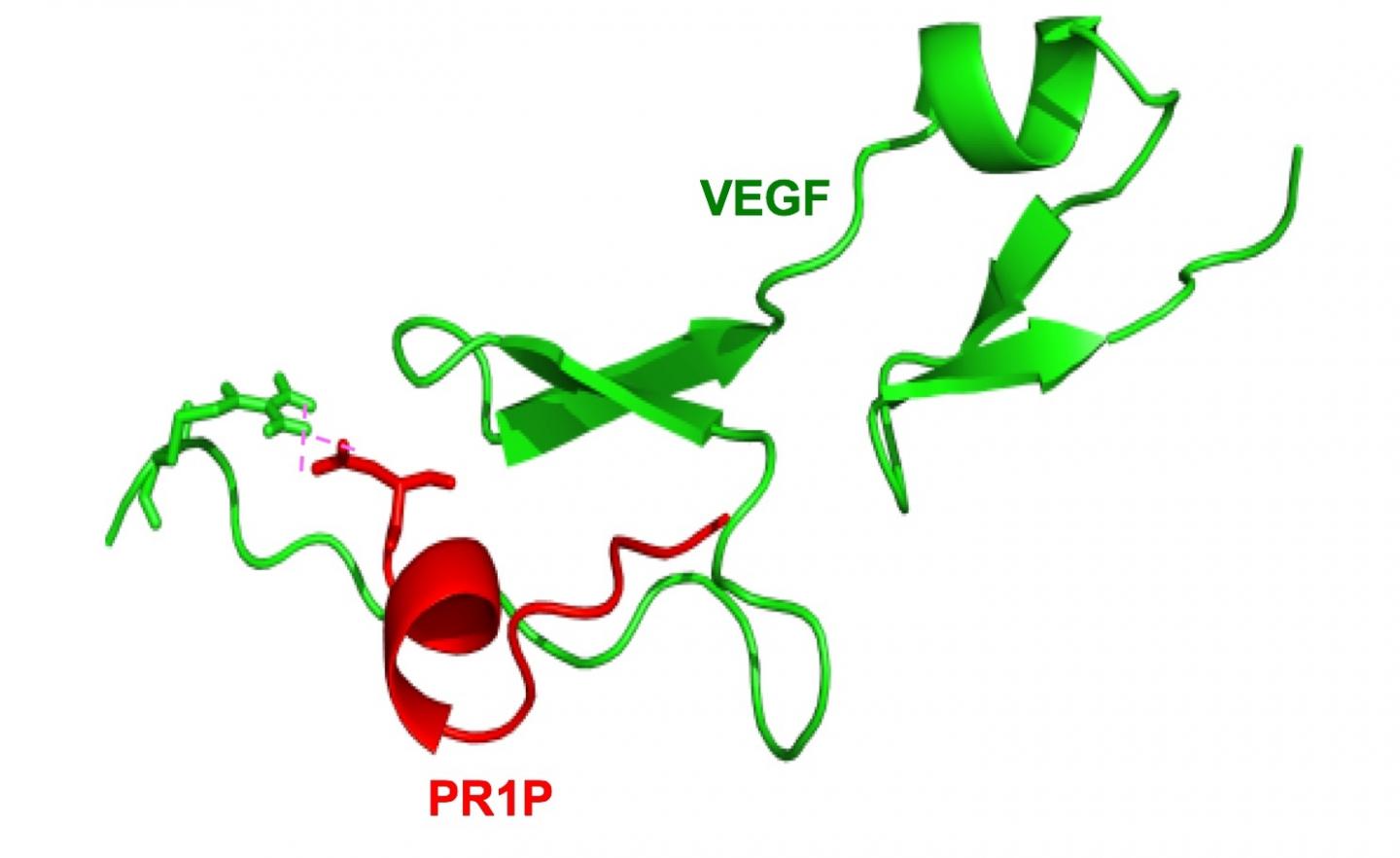 When researchers at Boston Children's Hospital tested PR1P in lung cells and mouse models of emphysema, they found that it protected VEGF from being degraded, prevented cell death, and protected the lung.

Newswise — Emphysema is a progressive, debilitating lung disease in which the lung's breathing sacs, or alveoli, enlarge, get thinner, and eventually are destroyed as the cells die off. It can be fatal, and there is currently no cure. New research at Boston Children's Hospital, using lung cells and mouse models of emphysema, offers hope in the form of a small, engineered peptide molecule called PR1P. Findings were published July 14 in the American Journal of Respiratory Cell and Molecular Biology.

"VEGF is found at high levels in the normal lung -- more than 500 times the levels seen in blood plasma," says Adini. "VEGF levels tend to become dramatically disrupted during lung disease, but return to normal during recovery. It is not clear whether VEGF dysregulation is the root cause of lung disease, or the result of the lung pathology. In emphysema, VEGF activity is low."

Maintaining VEGF levels in the lung

The scientists' first thought was to try to give VEGF directly as a therapy, but VEGF has a very short half-life and can potentially produce serious side effects, including low blood pressure, in animal models.

"So we asked, could there be an alternative way to upregulate VEGF signaling to make it more potent, rather than directly boost VEGF concentrations in the lung?" says Adini.

Serendipitously, through previous research on melanoma, Adini discovered a protein called prominin-1 bound directly to VEGF. Using molecular biology and genetic engineering approaches, he and his colleagues fashioned PR1P, a small peptide comprised of the same 12 amino acids that prominin-1 uses to bind to VEGF.

Protecting the lungs in emphysema models

When the team tested PR1P in lung cells and mouse models of emphysema, they found that it protected VEGF from being degraded. In fact, mice that inhaled PR1P had significantly increased VEGF levels in their lungs as early as 30 minutes after treatment. VEGF levels remained twice as high as in control animals 24 hours later.

Importantly, the researchers further found that PR1P reduced apoptosis (programmed cell death, a key feature in emphysema) in both cell cultures and in live mice. Finally, they showed that PR1P reduced lung damage in mice with toxin-induced emphysema that were followed for 4 and 21 days. Although the study was not designed to assess toxicity, they did not observe any adverse effects.

In addition to emphysema, PR1P may have therapeutic potential for acute respiratory distress syndrome (ARDS), a common and devastating disease which also has no cure and is also characterized by abnormalities in VEGF signaling. Adini and Matthews have funding from the Boston Biomedical Innovation Center (B-BIC) to support their ongoing work to develop PR1P as a therapeutic for both emphysema and ARDS.

See the paper for a full list of authors.

Boston Children's Hospital is ranked the #1 children's hospital in the nation by U.S. News & World Report and is the primary pediatric teaching affiliate of Harvard Medical School. Home to the world's largest research enterprise based at a pediatric medical center, its discoveries have benefited both children and adults since 1869. Today, 3,000 researchers and scientific staff, including 9 members of the National Academy of Sciences, 21 members of the National Academy of Medicine and 12 Howard Hughes Medical Investigators comprise Boston Children's research community. Founded as a 20-bed hospital for children, Boston Children's is now a 415-bed comprehensive center for pediatric and adolescent health care. For more, visit our Discoveries blog and follow us on social media @BostonChildrens, @BCH_Innovation, Facebook and YouTube.